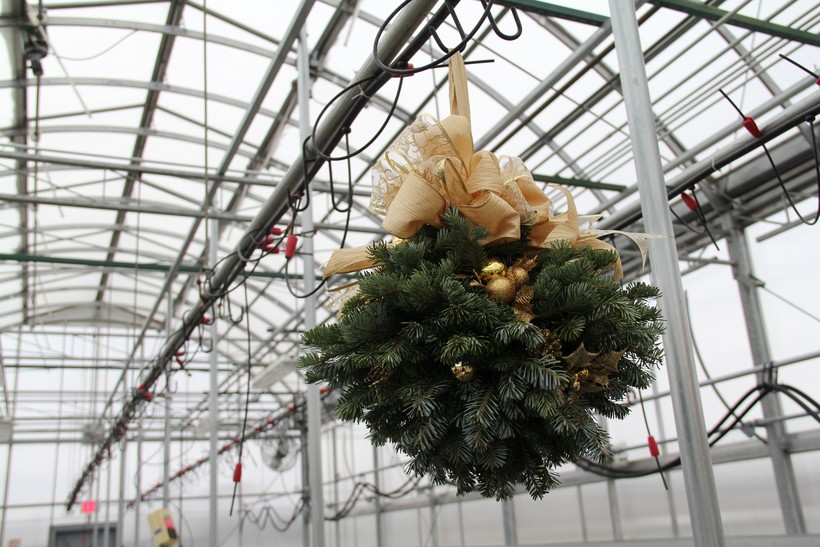 Editor’s Note: This is part two in a three-part series on the Sand Ridge Secure Treatment Center in Mauston (part 1, part 3). In compliance with a request by Sand Ridge, only the first names of patients were used for this story. Produced in partnership with the Wisconsin Center for Investigative Journalism.

The Sand Ridge Secure Treatment Center in Mauston looks and feels like a prison. But the sex offenders held there are considered patients, not inmates.

Visitors to Sand Ridge go through a metal detector and then a gate in a razor wire fence and several secure doors before entering the antiseptically clean and brightly lit hallways. The cream-colored cinder block walls are decorated with a blue trim. The hallways are brighter than those at maximum security prisons in the state.

Some patients working in the cafeteria or doing janitorial jobs wear green smock-like shirts, but those who have made the most progress in their treatment can wear their own clothes. Making progress in therapy is easier for some than it is for others. Clint is 49 years old and has been at Sand Ridge since 2008 after serving a 17-year sentence in prison for sexual assault and murder. He said the treatment is helping him prepare for supervised release.

“As far as the law goes, we're here for treatment,” said Clint. “As far as supervised release goes – that's what I'm planning to do – I have to have significant progress in treatment. So it's helpful that way.”

He says much of the six hours of treatment he takes part in each week are a rehash of programs he completed while in prison. Some involve role plays where he has to confront his risk factors for re-offending. The most useful one he says is simply called mindfulness.

“I find that really helpful – learning how to slow my thinking down, and learning how to process things that I’m going through in order to make better decisions,” said Clint.

Clint is among the 82 percent of patients who have been diagnosed with a personality disorder specifically related to sex offending. Another 10 percent have a serious mental illness such as schizophrenia, and 9 percent are labeled mentally retarded. Sand Ridge research director David Thornton says there is also minority of patients who simply refuse treatment.

“You'll have some individuals who essentially made the life choice that committing sex offenses and thinking about committing future sex offenses is a life that they enjoy better than what would be involved in the hard work of changing themselves and living in a law abiding way in the community,” said Thornton.

Even the patients who don't cooperate with the therapy requirements have the same right to petition a court for release as those who do undergo treatment – but their likelihood of success is slim.

One patient interviewed for this story did win a court battle for release without going through treatment. Thomas served 17 years in prison for sexual assault before being committed to Sand Ridge in 2004. During an interview before his release, Thomas voiced a concern many patients at Sand Ridge share: He says if a mental illness diagnosis is the trigger for commitment to the center, then men like him should have the option of getting outpatient treatment instead of being locked up.

“Why not go to the mental health facility in your community, like Green Bay?” said Thomas. “They have Brown County (Community Treatment Center) – why not then go in there? They have sexual treatment there also. So to just put you here and not put you in your community – because your community's paying the bill – and not let you go there … why not?”

Other Sand Ridge patients challenge the right of the state to keep them locked up at all for crimes they might commit after they have already served time for a crime they did commit.

You can see the full report on Sunday at WisconsinWatch.org and in newspapers around the state.