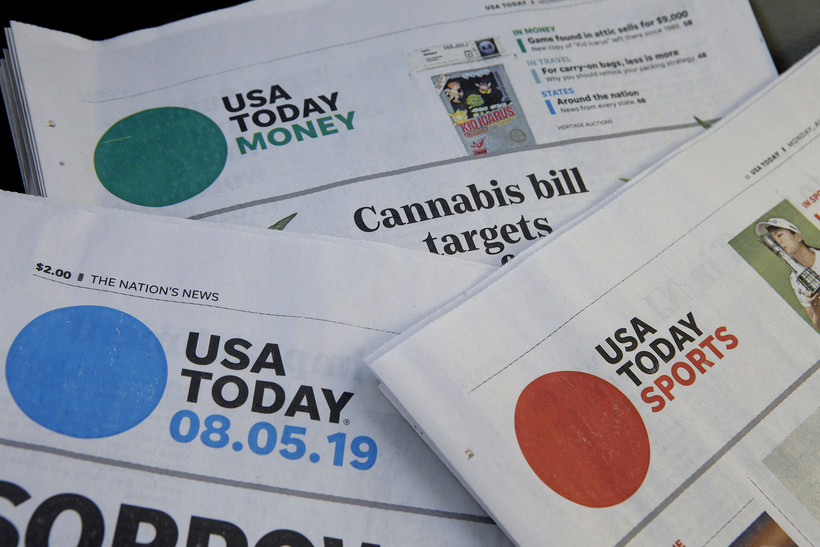 An Industry Giant: Gannett Will Get Larger With GateHouse Merger

The United States' two largest newspaper publication companies are merging together in an effort to combat declining print revenue and circulation among their many news organizations.

The merger was announced Monday and the combination of the two companies will create an industry giant.

The companies said they'll be able to save between $275 million and $300 million every year and hope to increase advertising revenue by transforming their digital platform as readers continue to shift to online news sources. Through the merger, the company will own more than 260 daily news operations.

Gannett owns 11 newspapers across Wisconsin — including the Milwaukee Journal Sentinel — and GateHouse Media owns one paper in Milwaukee.

Hugh Martin is a retired professor from Ohio University and the former co-editor of the Journal of Media Economics. Martin said there are positives and negatives of the current merger. He said right now, both companies' stock prices have declined some, which means investors could expect the two to lose money in the future.

"One of the things driving this merger is that both companies think that by merging and promising to cut costs, we will perhaps be able to convince investors that we will be more profitable going forward," Martin said.

Martin also said consumers and new online media outlets — like Facebook and Google — are more than likely to blame for the decline in print. And that the drivers of this merger recognize they may be able to manage the decline by extracting from all of their markets.

"Before people get angry about this, this is what happens in declining business," Martin explained. "Sometimes the strategy that's adopted is, 'We aren't going to immediately lead the business but we are going to continue to extract profit for some period of years and then at the end of that we will walk away."

But Kathleen Culver, the Director of Journalism Ethics at the University of Wisconsin-Madison, sees this slightly differently.

"There's no way Facebook and Google can fill a role left by a local news publication because they feed out information from those local news publications," Culver explained. "These platforms have gotten very very rich profiting off of the productivity of local news organizations. We haven't figured out how publishers can retain any of that revenue."

Culver also said there's no way to know specifically how the merger will impact Wisconsin papers.

"I think with any merger you have to expect some labor to be shed, it's going to come, but the question is where is that going to come," she said. "If it's going to be at the expense of really important local reporting or if we're going to try to have efficiencies at different levels that will save some money."

According to the companies, New Media's CEO, Michael Reed, will remain in the position after the merger. The combined company plans to take Gannett's name and headquarters in Virginia.

The deal is expected to close by the end of the year.