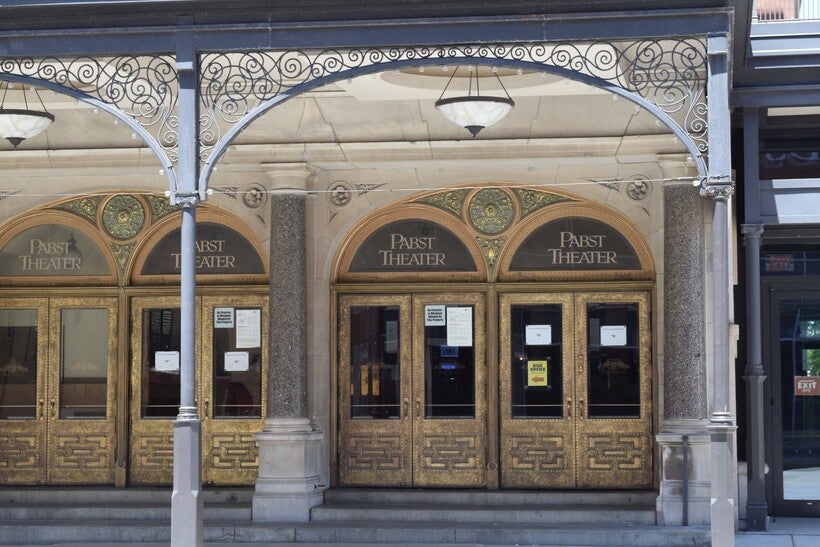 At the Cactus Club in Milwaukee, the doors have been closed since March. Kelsey Kaufmann has worked at the club since 2011. She purchased it in February.

"The last few months have been a desperate whirlwind attempt to keep everything afloat, and we have been really fortunate to have a great deal of community support and generosity come our way," she said.

A GoFundMe campaign has helped. So have virtual screenings and a change to the business model to include online merchandise sales and carry out cocktails.

"But as far as a brick-and-mortar independent music venue, we are staring at federal representatives begging for some assistance because it is not sustainable, despite everyone’s collective efforts," Kaufmann said.

Kaufmann is not alone. At the onset of the pandemic, music venues closed their doors. And now many club owners are finding it isn’t economically feasible to reopen.

When the coronavirus pandemic began in March, Jim Linneman realized quickly things were going to change at his club, Linneman’s Riverwest Inn.

Linneman bought an iPad and some other equipment, so he could stream live shows for people to watch from home. But after the stay-at-home order went into effect, Linneman had to shut down the club completely for three months.

"Which was scary, from a business prospective, but what’s even more concerning is since we opened back up in early June, it has been very slow and it looks to be that way for the foreseeable future," Linneman said.

Linneman has owned his Milwaukee club for more than 25 years. Because of the club’s longevity, he has been able to stay afloat, but says a lot of clubs won’t be able to survive.

At the onset of the pandemic, the National Independent Venue Association (NIVA) was formed. It now has 2,400 members, including 72 clubs and music promoters in Wisconsin.

NIVA has been working with Congress to pass one of three bills to support independent venues: Entertainment New Credit Opportunity for Relief & Economic Sustainability (ENCORES) Act, Save Our Stages Act and the Restart Act.

According to NIVA, 90 percent of its members will be forced to close their doors if the shutdown lasts six months or more and they don't get meaningful support from Congress.

In Wisconsin, the effort is being led by Gary Witt, CEO of the Pabst Theater Group in Milwaukee. Witt said that by working together, the independent venues have been able to accomplish much more.

NIVA has gained the attention of legislators. Witt said more than 1 million people have sent letters of support to D.C.

"Even though we’ve done a lot, and we’ve accomplished a lot, it’s meaningless at this time," Witt said. "Now we’re in our final stretch for survival."

Linneman says he realizes everyone is asking for funding and Congress has a lot of decisions to make. But he says, music touches everyone’s life.

"Small venues give musicians chances to go out and make it in the world of entertainment," Linneman said. "Every big star, every favorite song you’ve had out there, those stars once started on a small stage. That’s what this movement is about, and we hope it comes through."