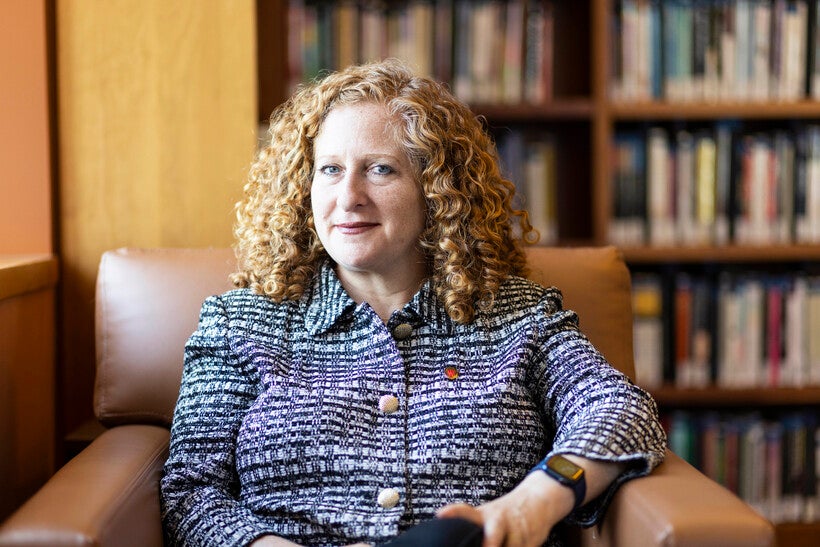 Mnookin is currently the dean of the law school at the University of California, Los Angeles. The UW System Board of regents unanimously approved Mnookin to be the 30th leader of the system's flagship university on Monday.

Almost immediately, Republicans in the state including Assembly Speaker Robin Vos, R-Rochester, and Republican gubernatorial candidate Rebecca Kleefisch criticized the choice, calling Mnookin a "blatant partisan selection" and a "woke radical." In a statement, state Sen. Steve Nass, R-Whitewater, suggested that taxpayer money for the university should be withheld if Mnookin is hired.

"If the Board of Regents truly believes that Mnookin is the best choice, then the next Republican governor and legislature should find it impossible to provide more taxpayer dollars or allow the board to increase tuition," the statement read.

When asked about the criticism in a media briefing Tuesday, Mnookin said she welcomes the chance to work with Republicans in the state toward common goals.

"I plan to reach out to everybody and to talk to those who are game to talk to me and I look forward to creating constructive and productive relationships," she said.

On Tuesday, the Wisconsin Conference of the American Association of University Professors responded to the criticism with a written statement calling on Nass and others to retract their statements.

"These threats are beyond the pale," the statement read. "They constitute unacceptable political interference in the administration of the UW System."

Mnookin addressed specific criticism involving her position on critical race theory. She said she wants to create space for discussion, ideas and opinions of all different kinds.

"And I think those ideas do include critical race theory, and lots of other ideas, too," she said. "Part of how we move forward is through those conversations and dialogues."

Mnookin said her legal background could be an asset when it comes to navigating Wisconsin’s intensely divided political landscape.

"Lawyers do have experience and talking across difference, and in seeking common ground," she said. "I will bring that approach and those values to this set of conversations."

Regent Vice President Karen Walsh, who was the co-chair of the search for a new chancellor, said she doesn’t take Nass’ funding threat seriously.

"It’s a free country, and people can say what they want," she said. "I don't think that's realistic. I would like for those folks to meet Chancellor Mnookin before they threaten our funding."

Outgoing Chancellor Rebecca Blank will be leaving at the end of the month to become president of Northwestern University. Her last day will be May 31. Mnookin is set to begin on Aug. 4. She was one of five finalists for the job.