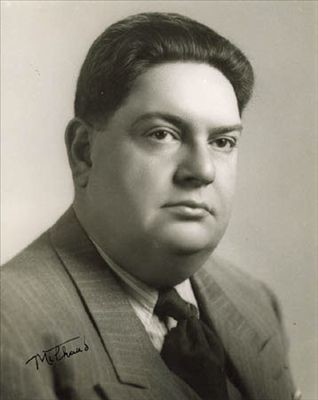 Back in 1910 Darius Milhaud had written an opera called La Brebis égarée, and although he was aware of its youthful flaws, he did not object in November 1923 when the Paris Opéra-Comique decided to produce it. The experience would give him some of his most sincere audience response.

The opera was put on with great planning and care, including clever set changes for the twenty scenes. Milhaud saw to it that the opera’s narrators–there were three of them–were dressed in 1910-vintage costumes in keeping with the period in which he had written the opera, even though he thought that the period in question was one of “excruciatingly bad taste.”

To his way of thinking, the opera was flawlessly produced.

The audience reacted to it with “violent demonstrations of feeling.”

Milhaud blamed the protests on the opera’s colloquial language and little realistic details in the action that occasionally prompted laughter. Whistles and catcalls and “untimely applause” came one after the other until a backlash arose in Milhaud’s defense.

Following his custom of mingling with the people in the cheaper seats during performances of his works, Milhaud was in the gallery, where students were shouting “dirty bourgeois” at the detractors in the boxes and orchestra seats. A young man next to him, applauding vigorously, became impatient with Milhaud’s lack of demonstration, turned to him and said, “Why don’t you clap--shout–cheer? You ought to come back every time they play this opera! I’m here every time to defend it!”

During intermission Milhaud introduced himself to his ardent young supporter and made a point of inviting him to all of his opening nights from then on.

In response to the protests, Opéra Comique director Albert Carré placed on every seat a copy of sarcastic reviews that, early on, had attacked Claude Debussy’s masterpiece Pelléas and Mélisande. The text of leaflets ended with the caution “Be careful.”

But it was not enough to save La Brebis égarée, which folded after four nights.