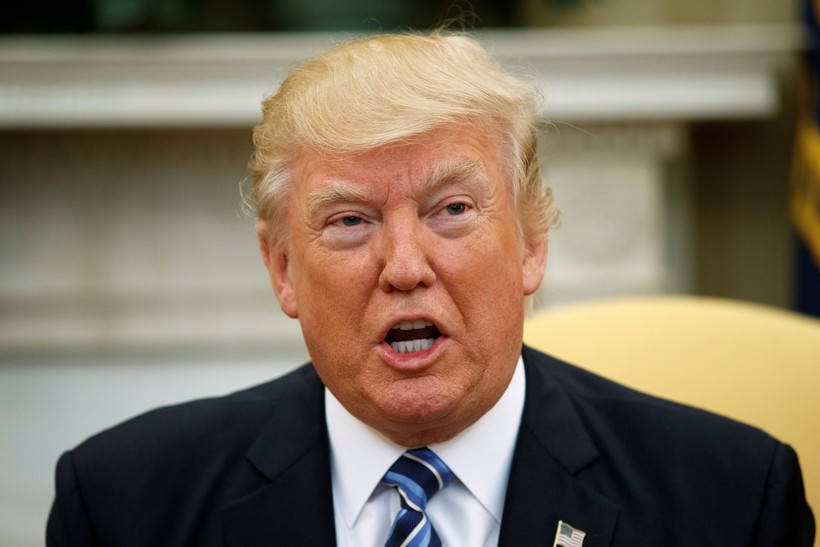 Wisconsin voters' opinions on whether President Donald Trump should be impeached and removed from office didn't budge in the latest poll by Marquette University Law School despite an ongoing impeachment inquiry by the U.S. House of Representatives.

Marquette's latest survey found that 40 percent of registered voters think Trump should be impeached and removed from office compared to 52 percent who don't think so. Those numbers were nearly identical in Marquette's November survey.

The last time Marquette asked about the issue, the U.S. House had just begun hearings as part of its impeachment inquiry. Those hearings have now continued on a regular basis for the past month.

"The full set of testimony did not move voters," said Marquette University pollster Charles Franklin. "The stability here is really the striking bit."

Trump asked Zelensky to investigate former Vice President Joe Biden and Biden's son around the same time he was withholding U.S. aid to Ukraine. Biden is one of several Democrats hoping to run against Trump in 2020.

Trump released a transcript of the phone call and has maintained that his decision to withhold U.S. aide to Ukraine was unrelated to his asking for an investigation. Democrats argue that testimony in the impeachment inquiry has shown that the withholding of U.S. aide amounted to a quid pro quo and showed that Trump was using the office of the presidency to benefit him personally.

While people's opinions did not move on impeachment, they did shift slightly when it came to hypothetical head-to-head matchups between Trump and possible Democratic rivals.

The survey was conducted from Dec. 3-8 and included 800 registered voters. The margin of error for the entire survey was plus or minus 4.2 percentage points.

Marquette also asked a smaller sample of voters — those who say they will vote in a Democratic primary for president — how they view the candidates. That group included 358 people and had a margin of error of 6.3 percent.

Among Democrats, 23 percent listed Biden as their first choice for president, followed by Sanders at 19 percent, Warren at 16 percent and Buttiegieg at 15 percent.

"The top four remain the top four that we've been seeing," Franklin said.