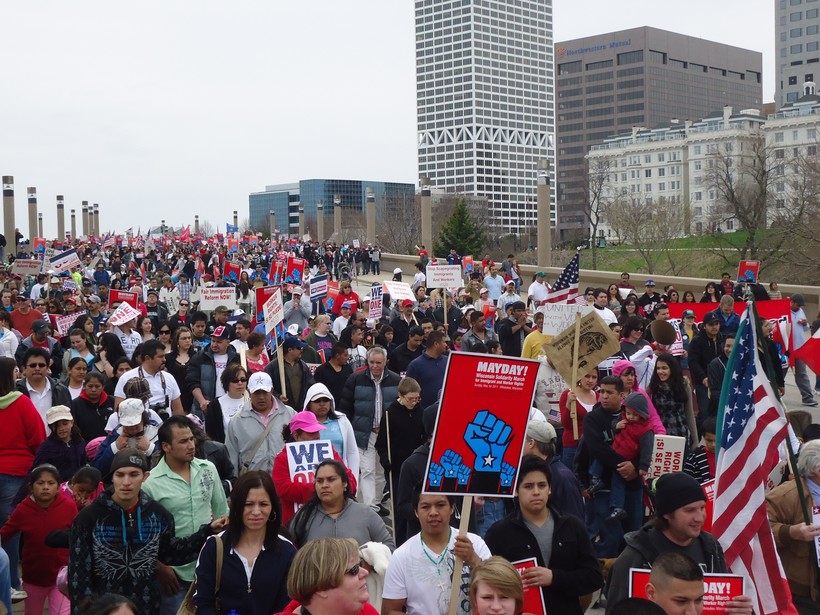 With Immigration Reform On Horizon, Activists Take To The Streets

Marches supporting immigration reform will be held today in Milwaukee and Madison.

Some U.S. senators have introduced a bill creating a path to citizenship for the estimated 11 million undocumented people living in the United States. Supporters of the measure say Congress may be the closer to passing immigration reform than it has been in many years.

Nancy Flores of Voces de la Frontera in Milwaukee says it's time to hit the streets again, as her group has done in large numbers every May Day since 2006: "In 2006, we said, 'Today we march, tomorrow we vote.' Well guess what: We've marched, we've voted and now let's get this done."

But Flores and others say they're still hoping to see changes in the Senate bill, and perhaps in one that the House of Representatives may debate. Some of the changes include shortening the path to citizenship process, keeping a program that allows other family members to enter the United States, and preserving a diversity-oriented visa system that operates through a lottery.

Opponents of the Senate bill are raising concerns about border security and whether all undocumented people living in the United States will come forward.