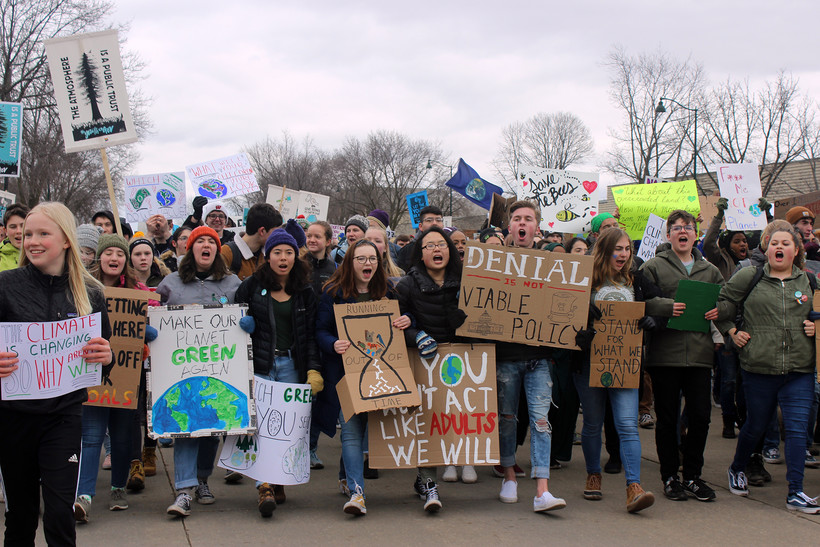 Rally Part Of A Series Of Student-Led Protests Around The World Friday
By Bridgit Bowden and The Associated Press
Updated:
Friday, March 15, 2019, 4:05pm
Share:

Hundreds of students from across south-central Wisconsin left class Friday, gathering outside the state Capitol to protest what they see as a lack of government action to combat climate change.

The rally was part of a series of student climate change protests around the world Friday. The students marched from Madison East High School to the state capitol, chanting and holding signs. The Madison Police Department estimated the crowd of protesters to be anywhere from 1,000 to 1,500.

Many of the students voiced concern that climate change will have more serious effects on youth than it will on older generations.

"I think a lot of legislators are not as worried about this because it's not going to impact them as directly, but for youth we know that this is in our direct future," said Madison West High School junior Ella Kunstman, one of the event’s organizers. 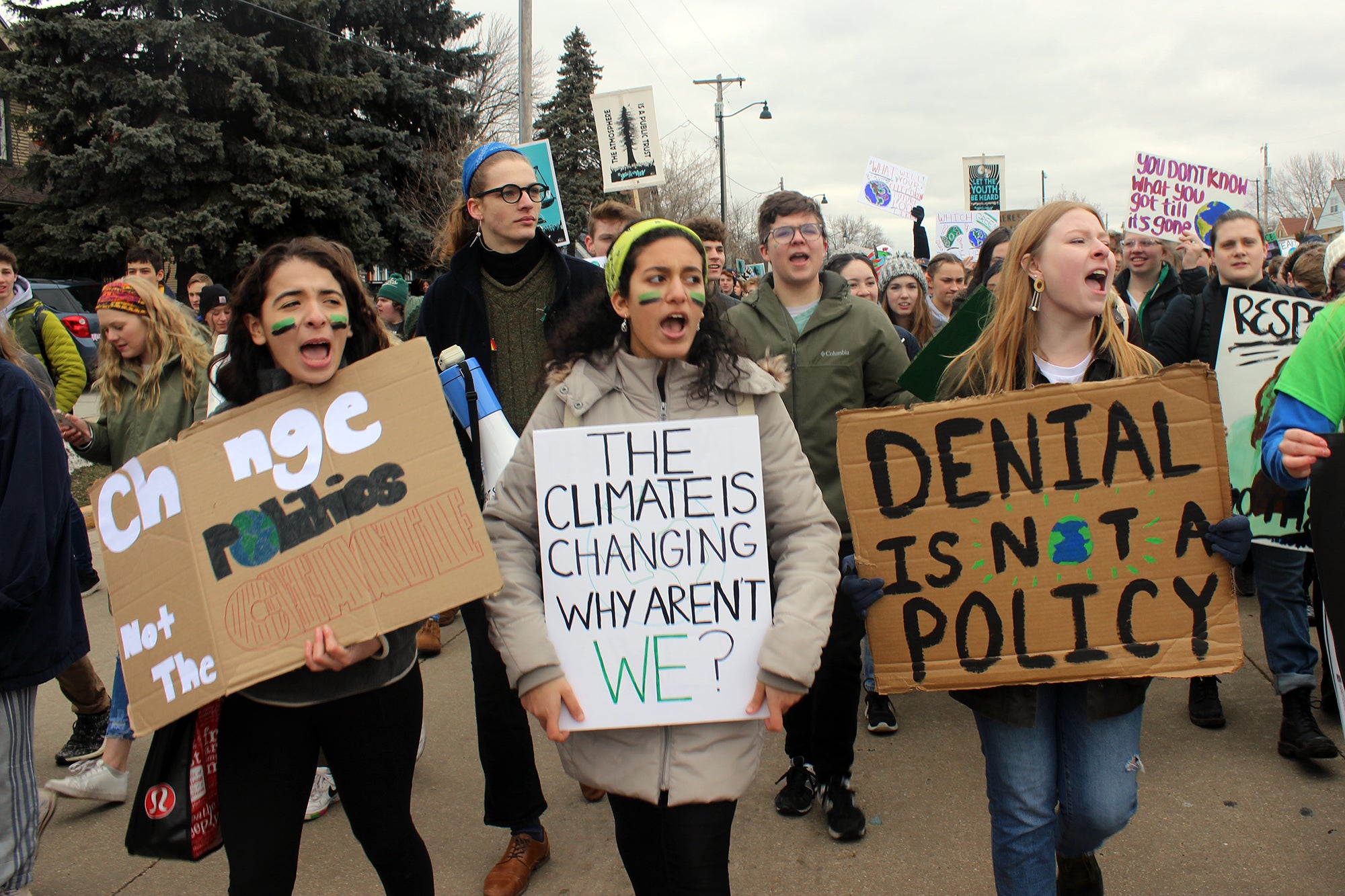 They also called for halting all fossil fuel infrastructure projects, and declaring a national emergency on climate change.

Wisconsin’s student organizers included state-specific demands in their platform, including restrictions on mining and reforms to the agricultural system. Climate justice for marginalized groups was central to their message.

"Fighting for climate change is fighting for everybody," Kunstman said.

When the students arrived at the Capitol, they gathered for a rally where Democratic U.S. Rep Mark Pocan and Madison school board candidate Ali Muldrow spoke. After the rally, students visited lawmakers' offices to share their demands.

Many of the students who marched Friday participated in last year’s March for Our Lives, a protest for tougher gun laws. Oregon High School senior Katie Soldatke said that protest empowered her to get involved in more causes, like the climate change march.

"I think that people should realize that we really do care about this, even though we're just teenagers and we're just kids," she said.