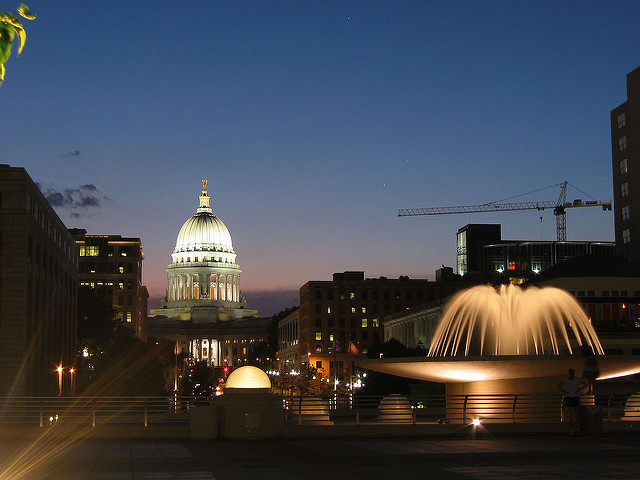 As Human Trafficking Evolves, So Does Wisconsin's Approach To Stopping It

Officials Warn Sex Trafficking Is A Growing Problem In The State
By Brady Carlson
Share:

Sex trafficking is a difficult issue to track for a number of reasons; but prosecutors, law enforcement officials and social service agencies say trafficking is becoming more common and spreading to areas where it hasn't been seen before.

Now, those who work to stop sex trafficking are trying to change their approach as trafficking itself changes — even down to the vocabulary used around the issue.

"We've moved from terms such as 'prostitute' and 'pimp' and moved toward using terms such as 'victim' and 'trafficker,'" said Capital Times reporter Abby Becker who recently wrote about sex trafficking and the changes. "The change in those signifies changes in law enforcement in how we're viewing those who are caught up in this world of trafficking. The term pimp can glorify or raise up someone who is perpetrating this, so making sure that we're using the term trafficker really does signify that there really is nothing to laud."

Trafficking has moved beyond big cities, in part due to online advertisements offering women and girls on websites such as Backpage. And traffickers are changing their methods.

Rather than the common public perception of a trafficker physically isolating someone in a room, Becker said traffickers are more often, "taking advantage of a person's vulnerabilities and using mind manipulation to keep them in a vulnerable state."

"Law enforcement uses the term 'Romeo pimp' to describe someone who tries to woo or kind of date someone," she said.

During her reporting, Becker spoke with a woman named Tiffany, who "described how her trafficker took her out to dinner, she could always choose the place to go," Becker said. "He was always really nice; then it quickly devolved to the trafficker really controlling every single aspect of her life until she really felt like she had no other option, and she had no other place to go, and didn't know how to get out of that situation."

Wisconsin, Becker said, is still trying to understand the new realities of trafficking — from finding victims and encouraging them to come forward, to providing services for those victims and prosecuting traffickers.

"There is a state task force going on, and there is someone at the state solely focused on this issue," Becker said. "From that level, there are efforts going on to combat this and to think of new ideas. One that comes to mind that's interesting is mandating that programs to license commercial drivers, that they engage in a course to teach them to identify the signs of trafficking."