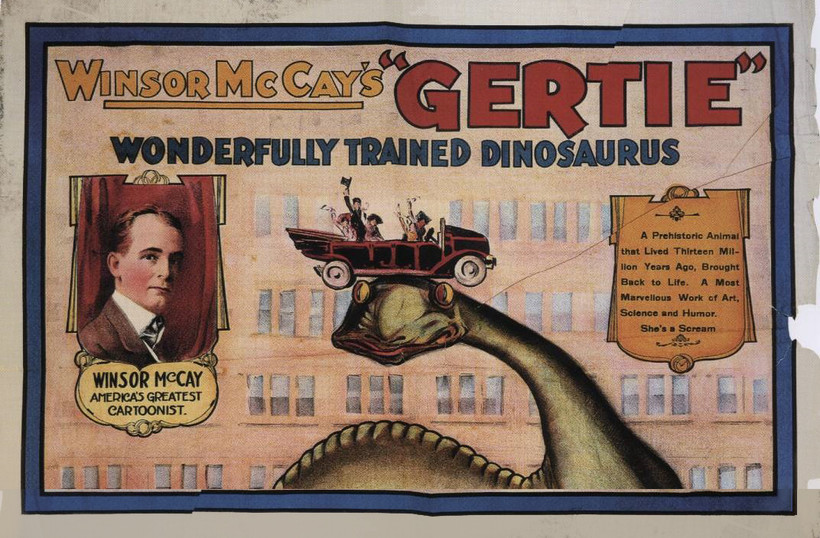 How 'Wild Minds' Created The New Medium Of Animation

Author Reid Mitenbuler On The Golden Age Of Cartoons
By Doug Gordon
Share:

"Little hand grenades of social and political satire" — That’s how author Reid Mitenbuler describes the early animated cartoons he chronicles in his book "Wild Minds: The Artists and Rivalries that Inspired the Golden Age of Animation".

Before the advent of television, with its focus on children's cartoons, Mitenbuler explains that animations often played before movies and were usually designed to appeal to adults.

The history begins with the newspaper cartoonist Winsor McCay. He was one of the first animators but his influence had been pretty much forgotten by the time hedied in 1934.

"This was in the very early years of the movie industry," Mitenbuler told WPR's "BETA." "A couple of people had taken pictures and made them move the same way that photographs moved."

As a newspaper cartoonist for the New York Herald, McCay was intrigued by the idea of making drawings move. "He had a vision that this could some day replace the art you'd see in museums, like people would go to museums and no longer look at paintings, but they'd actually look at these moving pictures. So he had these very lofty visions for what animation could be," Mitenbuler explained.

In 1914, McCay released his third animated cartoon, "Gertie the Dinosaur." Mitenbuler describes it as "this watershed moment in the history of animation." Gertie was a dinosaur but it was a dinosaur with personality. "The way it breathes. It seems to have a sense of humor. It's graceful; it's very lifelike."

McCay had a vaudeville show in which he would interact with the animated Gertie by asking her to perform tricks like raising her foot or bowing on command.

"And that first generation of animators, including people like Walt Disney and the Fleischer brothers, they saw 'Gertie' and almost every single one of them later in life cited it as a major influence.

In October 1927, a seismic shift revolutionized the movie industry when Warner Brothers released "The Jazz Singer." It was the first feature-length movie with a synchronized, recorded music score and synchronized speech and singing. After seeing "The Jazz Singer," Walt Disney was excited about the prospect of adding sound to his cartoons. The result was the first Disney cartoon to have synchronized sound and a full soundtrack recorded in post-production.

Mitenbuler says that the advent of sound really helped to save cartoons because many of the movie studios owned music catalogs and popular music. "And they were looking for a way to promote these songs and animation offered them a way to do that," Mitenbuler explained. "Animators had a lot of freedom to kind of do whatever they wanted with the images, just as long as they got a couple of the songs in their cartoons, you know, to create ancillary income for the studios."

As Mitenbuler points out, this rather strange way of consuming spinach led some people to speculate that spinach was not the only leafy green that Popeye was consuming. Was it possible that Popeye the Sailor Man was actually Popeye the Marijuana Smoking Sailor Man?

"This is a funny story because none of the Fleischer animators ever admitted directly to using that as a stand-in for marijuana," Mitenbuler said. "But you start seeing this idea that it is marijuana coming into play so that by the time you get to the 1950s, which at that point the studio wasn't run by the Fleischers anymore, you see these references to pure Bolivian spinach, that kind of stuff. But at the time, spinach was also used as a kind of nickname sometimes for marijuana."

As Mitenbuler points out, this illustrates the fact that the people making these cartoons were creating something that was often intended for adults.

"And when interviewed later, were adamant about that, like we made these cartoons for us, we made them for adults. We didn't really make them for children. And if children happened to be entertained by them, that was great," said Mitenbuler.

In 1937, Walt Disney undertook a very ambitious project, the film "Fantasia" (released in 1940). This was a collaboration with Leopold Stokowski, the conductor of the Philadelphia Orchestra. Stokowski was interested in making classical music more accessible while Disney was interested in elevating animation to the status of a higher art. As Mitenbuler explained, Stokowski could be somewhat pretentious and a lot of the animators were annoyed when he was around.

"One day, the beverage cart comes by while they're working and they're listening to records. And there's a Coca-Cola on the beverage cart and Stokowski didn't seem to know what it was. 'Well, what's this?' And Walt Disney explained, 'Well, you know, it's Coca-Cola.' Stokowski is drinking it like a fine wine. He's like 'Good, quite good.' And all the animators are sitting around like 'Oh, give me a break.' And so when they go to make the movie, Walt Disney solicited the animators for possible titles before they decided on "Fantasia.' And one of them was 'Highbrowski by Stokowski.'"