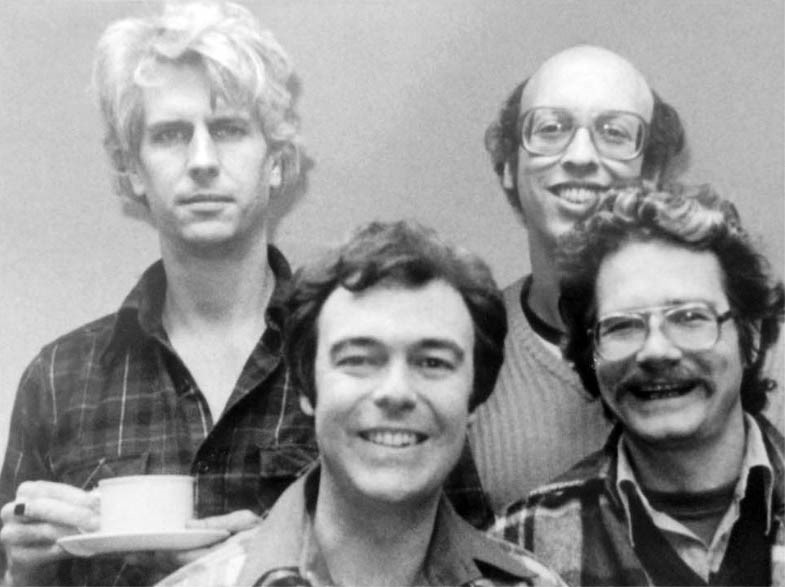 How The Firesign Theatre Predicted The Future

David Ossman And Philip Proctor On Being 'The Beatles Of Comedy'
By Steve Gotcher
Share:

In the mid-1960s, the Beatles released a revolutionary album called "Sgt. Pepper's Lonely Hearts Club Band." Half a world away, four young men dropped the needle on a vinyl copy of the record and a new concept in comedy was born.

The Firesign Theatre first appeared in late 1966 on KPFK in Los Angeles on a radio show called "Radio Free Oz." But when Philip Proctor and David Ossman, along with Peter Bergman and Philip Austin, first heard "Sgt. Pepper," they knew they were on the right track with their comedy.

Ossman and Proctor, the two surviving members of the quartet, spoke with WPR's "BETA" about the group's genesis and the Beatles' impact.

"They were a great inspiration, there's no doubt about it, and we even incorporated some material from the Beatles into our records as an homage," Proctor said. "We had in common a love of old-time radio, and we created the long-form comedy record. The Beatles simultaneously released this incredible long-form musical album. So it was a bit of synchronicity, and a validation, if you will, of what it was we wanted to do with our comedy chops."

The Firesign Theatre's humor is best described as surreal, futuristic science fiction fantasy with a heavy dose of absurdist social commentary. Their body of work, including 15 record albums, deal with such contemporary concepts as channel surfing, cars with climate control and television screens, and even foreshadowed GPS.

And the Firesigns did not shy away from social commentary. Their work predicted the downfall of the Soviet Union, the undoing of a president, the computer revolution, and a modern-day plague.

Ossman puts it this way: "I think at heart, although we loved mystery, we were really science fiction writers in that big genre, it holds everybody from futurists to fantasists to surrealists. Over the course of our entire career, we developed all kinds of worlds and characters and universes. I mean, it was fantasy combined with science fiction, combined with comments about what was going on at that moment."

The Firesign Theatre has just released their first new record in 35 years — "Dope Humor of the Seventies." It’s a two-disc set that includes 83 minutes of freeform radio mayhem, and madness from 1970 to 1972.

One of the sketches featured on the new record also appears on the troupe's 1972 album, "Dear Friends." It's called "The Chinchilla Show." Proctor wrote it and recalls that he might have come up with the idea from a comic book advertisement for how you could raise chinchillas for fun and profit or the idea might have come from a TV commercial. Either way, he wrote it up and the late Austin performed it with him. Austin improvised on the script which is the way that the Firesigns always worked.

"We would have a script," Proctor said. "And then we could play with it and make it live and change it as the characters informed us as to what was happening."

"Our records were listener-supported records because they were to be listened to in the privacy of your own mind," Proctor said. "And of course, we call them movies for the mind, too. And then if you liked it, you could tell your friends. And then if they liked that, they'd buy another of our records."

So what is the Firesign Theatre's legacy?

"The legacy is that we influenced, one can even say infected, many minds," Proctor said. "I called it a bad head cult. And there are people out there who carry on the legacy of the Firesign Theater in their language and during their daily lives, because they like to gravitate to comedy rather than seriousness in order to kind of counteract the dark that's happening."