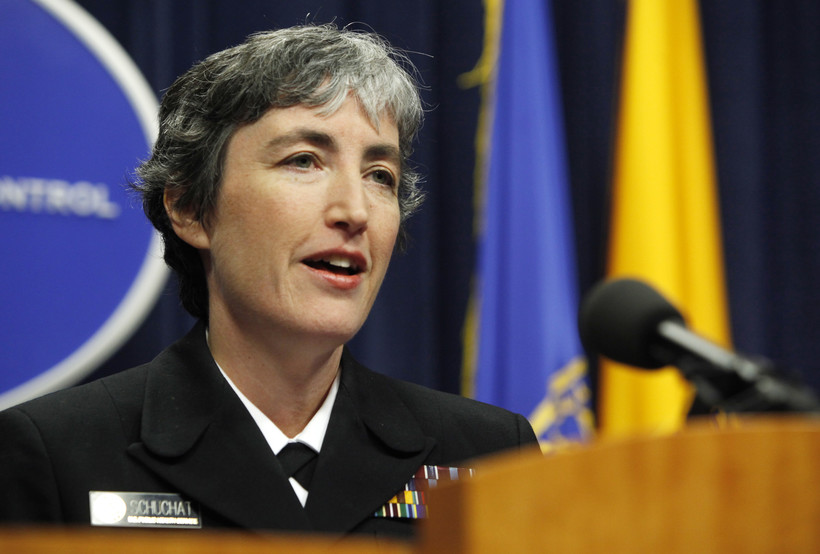 Director of the National Center for Immunization and Respiratory Disease Dr. Anne Schuchat gives an update about Novel Influenza A H1N1, swine flu, during a press conference at the CDC in Atlanta on June 11, 2009. Josh D. Weiss/AP Photo

In April 2009, scientists working for the Centers for Disease Control and Prevention discovered a new influenza virus in specimens that came from two children in California.

A public affairs officer approached Glen Nowak, who was the director of media relations for the CDC at the time, and recommended going public with the information. They knew flu viruses had the potential for causing pandemics. This virus — the H1N1 swine flu, which originated in Mexico — did just that, and ended up killing about 12,500 Americans between April 2009 and April 2010.

Just more than 10 years later, coronavirus SARS-CoV-2 and the disease it causes has ravaged the world, with the first confirmed case in the United States reported Jan. 20 and about 31,000 COVID-19-related deaths in the four months since.

One of the voices seemingly missing today is the CDC, said Nowak, who now works as a professor of advertising and public relations at the University of Georgia. He's also the director of the university's Center for Health and Risk Communication in the Grady College of Journalism and Mass Communication.

In 2009, the CDC was front and center, Nowak said, with experts tapped to explain what was happening and why certain recommendations were being made. There was substantial support from the White House, too, he said. Recent reports on President Donald Trump's response to COVID-19 paint a less hospitable relationship between the White House and disease control agency.

In April 2009, reporters' response to the news of two children having flu-like symptoms and recovering was muted, Nowak said. At the time, the CDC said it didn't know how prevalent H1N1 was.

Canada was testing samples from Mexico — which was having a terrible flu season — and found evidence of H1N1, the same virus that infected the children in California.

Another press conference was held, and the CDC made a commitment at that time to continue doing press conferences and communicating with the public as often as possible.

Nowak said throughout these press conferences, the CDC was intentional about repeating that, as they uncovered more information, recommendations and actions would change frequently as new information became available.

"It made a difference," he said.

Every day for about eight weeks, the CDC held a press conference to update the public on its response to H1N1, until there stopped being new news to report, Nowak said.

Media outlets covered H1N1 relentlessly, but Nowak said that coverage doesn't compare to the news bombardment consumers get from a wider variety of news organizations and from social media.

How The Media's Response To H1N1 Compares To COVID-19

There are several differences in the media's response to H1N1 and COVID-19, Nowak explained.

For one, media coverage is more frequent when actions by the government or other oversight agencies are new and sweeping, as has been the case with evolving stay-at-home orders in the COVID-19 era. Disconnects between health measures, the economy, political parties, state and federal orders, demands for more testing amid a limited supply, all result in more stories.

"This is a completely new experience, having to deal with a pandemic caused by a coronavirus," Nowak said. "(The CDC) always planned for pandemics that would be caused by flu viruses."

What's compounding coverage now is the reality that there are many more news outlets than there were in 2009, and more platforms such as Twitter and Instagram on which to spread that information. In 2009, Fox News wasn't as large, and outlets such as Stat and Vox didn't exist yet, Nowak said.

And as for social media, the CDC didn't even have a Twitter account in 2009. That didn't happen until May 2010.

But in 2009, there also was a sense of certainty about the future. H1N1 hit the scene as flu season was coming to a close and a vaccine was developed in enough time to get it into the next flu season's immunization shots.

There's less certainty with COVID-19, which spreads much easier and can be transmitted by people who are asymptomatic or pre-symptomatic, Nowak said.

Is The News Media Fueling A Frenzy?

The news media is doing its part to stay on top of developments, and are aggregating an impressive array of stories and resources to help people understand COVID-19, Nowak said.

When that information is condensed into headlines that have a dual purpose of catching the eyes of the readers and accurately reflecting the story, those headlines can sometimes read as inflammatory or sensational.

That’s always going to be a challenge, Nowak said. But the bigger point is that media are the messengers, and an easy target for news-fatigued people to chase after with claims they’re inciting or fostering panic.

"I think what you're probably getting is people saying, 'I'd like less of this. When is it going to go away?'" Nowak said. 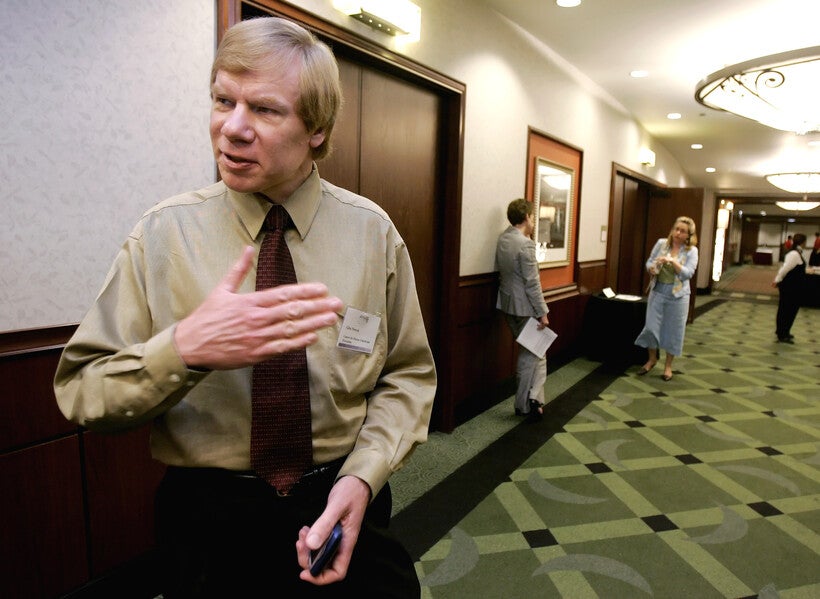 Glen Nowak, of the Centers for Disease Control and Prevention, pauses in a hall after addressing a National Influenza Vaccine Summit Thursday, June 22, 2006, in Chicago. M. Spencer Green/AP Photo

The reality is that reporters wouldn't be reporting these stories without a government official or public health expert calling a press conference or making themselves available to interview, Nowak said.

"When leaders, elected official and others reach out to the media, they're mostly not doing it just for informational purposes," he said. "They're doing it because they want to use the media to change and influence the behavior of people in the public."

Since the start of the pandemic, stories dripping with statistics such as how many people have died and how many people are sick flow in and out of the news cycle each day.

What's missing from the news, and from leaders and experts who are informing news stories, is an overarching blueprint marking the next stages in the process that will help the nation step out of this pandemic, Nowak said. And without that, there’s not a lot of hope to curtail those frustrations.

"If there's more effort to articulate to the media and to journalists, and for the journalists and their media outlets to let people constantly know — there is a bigger picture here, here's what the bigger picture looks like and here’s the progress we're making toward implementing the steps needed to achieve that bigger picture — I think that would help," he said.