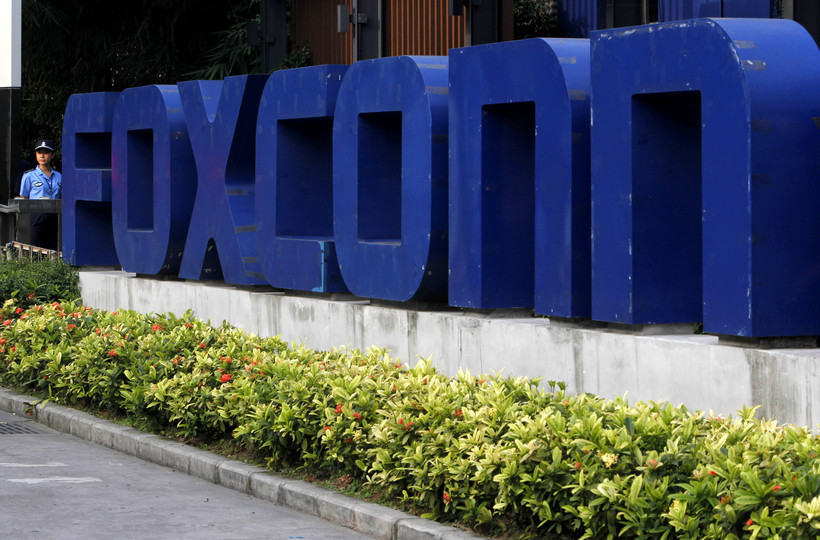 ListenDownload
Foxconn To Build $10B Electronics Plant In Wisconsin

When President Donald Trump and Gov. Scott Walker announced Wednesday that Taiwanese electronics giant Foxconn will build a massive manufacturing plant in Wisconsin, it was big news, if not necessarily a big surprise.

Ever since the president visited Wisconsin last month and hinted that a "major, major, incredible" manufacturer might be coming, the usual rules of secrecy were out the window. It was clear Wisconsin was working on a deal.

Wisconsin ultimately offered Foxconn $3 billion in state tax breaks to build a plant in southeast Wisconsin, a sum that doesn't even include potential local incentives.

But people who've been in the room when deals like these get made say it's not just financial incentives that land big companies.

Making A Pitch For Wisconsin

Former top officials with Wisconsin's Department of Commerce, the agency replaced by the Wisconsin Economic Development Corporation, say other factors matter to businesses considering a move, and they could have played a role in Wisconsin landing Foxconn.

"A lot of times states just lead with taxes," said Madison Chamber of Commerce President Zach Brandon, who served as the No. 2 person at the state Department of Commerce under former Democratic Gov. Jim Doyle.

"So, they say we're going to abate your taxes or we're the lowest taxed state or we're going to give you this tax credit," Brandon said. "And that's a mistake. That's just a spiral downward."

Brandon said Wisconsin has to tout other benefits, like its workforce and its proximity to the roads, rails and ports that will let manufacturers purchase the materials they need and ship their products to market.

He remembers Doyle making that pitch to an Italian packaging company called Seda International. Brandon said the state heard Seda wanted to expand in the United States, so Doyle and Brandon arranged a meeting in Italy. Officially, it was just to say hello.

When talk turned to business, Brandon said Doyle made a pitch that involved a makeshift map of Wisconsin.

"He took a piece of paper out with a pencil and he turned his hand upside down and he drew — it almost looked like a mitten," Brandon said. "And then he drew Beloit, Racine, Kenosha, Chicago. And he drew it in such a way the proportions made them look a lot closer than they actually were, and he drew a star for O'Hare. And he said 'This is where you need to be.'"

The pitch worked. Seda picked Wisconsin for its U.S. expansion.

Other times, Brandon said a successful pitch is tailored directly to the owner of a business.

"And so one of the things that we know about Foxconn is that cancer research is for some reason very important to the CEO," Brandon said.

Brandon said that let Wisconsin highlight the cancer research being done at the University of Wisconsin-Madison and at companies that spun off as a result.

"I think those are the kinds of things that on the coin flip give you the leg up," Brandon said.

Lobbyist Bill McCoshen said a governor's personal involvement in deals like these is not only helpful, it's expected. McCoshen was Wisconsin's commerce secretary for former Republican Gov. Tommy Thompson.

"I was fortunate to have Gov. Thompson in my bullpen," McCoshen said. "I'd pitch the first seven or eight innings and he came in and he closed. And there was nobody better."

McCoshen said he was on a trip to Jerusalem with Thompson when they peeled off for the day to visit Norway.

Tom Loftus was the U.S. ambassador to Norway at the time. Loftus had previously served as the Democratic speaker of the Wisconsin Assembly and ran against Thompson in the 1990 governor's race.

Loftus tipped off the Thompson administration that a Norwegian flooring company was considering a Wisconsin expansion, and he set up a meeting for Thompson and McCoshen with the company's executives.

"It was my first and last time having reindeer for dinner," McCoshen said. "I had visions of Rudolph dancing in my head throughout the meal."

McCoshen said he couldn't finish dinner, but Thompson did. He closed the deal for a Wisconsin facility over a handshake.

But handshakes and face-to-face meetings only go so far in negotiations like these, especially when a massive business like Foxconn is involved.

Wisconsin's incentive package topped topped that. Should the Legislature approve the plan, it would offer up to $3 billion in state tax incentives over the next 15 years.

Caroline Freund, a senior fellow at the Washington D.C.-based Peterson Institute for international Economics, said when states get into bidding wars, it's a wash for the U.S. economy.

"What ends up happening with those bidding wars is that the foreign investor extracts the most it can," Freund said. "Because every time one state offers more than the other, that's less money that the investor needs to put forth."

Freund said if this was strictly a business decision for Foxconn, Wisconsin probably wouldn't be in the running. She said southern states have lower labor costs and states like California have a better technology workforce and supply chain.

She notes that the states under consideration for this for this Foxconn plant — Wisconsin, Michigan, Ohio and Pennsylvania — all had something in common.

"They're swing states," Freund said. "I think it's largely a political statement."

Freund said any one of those states would have helped Foxconn improve its corporate image and give the company more leverage in U.S. policy debates that could affect its bottom line.

And in picking Wisconsin, it chose a state that helped Donald Trump win the presidency.

Related Links:
Foxconn To Build $10B Electronics Plant In Wisconsin