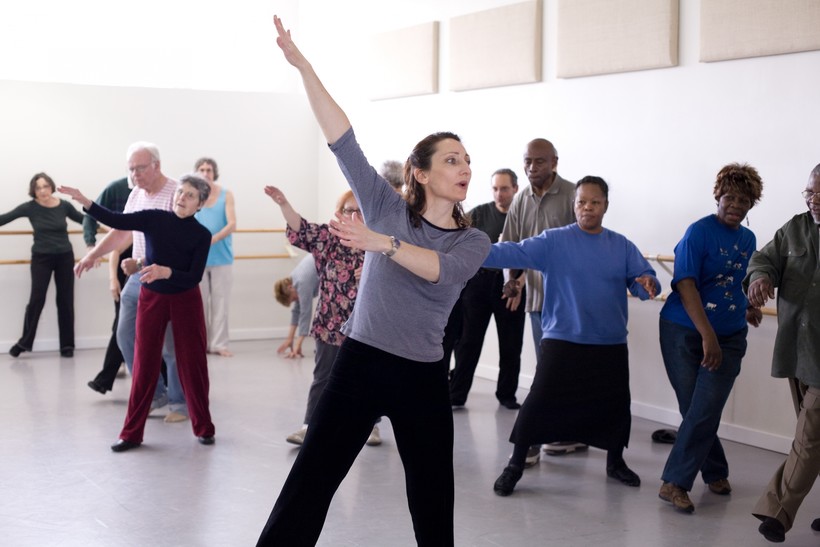 How The Dance Floor Is Helping Those With Parkinson's Disease

Dance Classes Are Proving To Be Helpful Outlets For Those Suffering From Neurological Disorder, Program Director Says
By Scottie Lee Meyers
Share:

A growing program is bringing people living with Parkinson's disease onto the dance floor to help restore both the physical and emotional skills taken away by the disorder.

The Dance for PD program launched in 2001 as a nonprofit collaboration between the Mark Morris Dance Group in New York City and the Brooklyn Parkinson Group. What started as a group of six participants who met weekly, quickly spread throughout the city and into 120 communities, including 16 countries, thanks to its teacher-training model.

"If you were to create a movement form that addressed head on all of the things that start to disappear with Parkinson's disease, it would look a lot like dance," said David Leventhal, Dance for PD director. "And we actually already have dance in our lives and our culture, so why not introduce that particular modality to folks who really want to address these issues?"

From the very beginning, Leventhal wanted the program to be about dance expression, not about therapy.

"And I think in that way, it became a double-edged sword, because on the one hand, people could come in and escape feeling as if they are patients and really feel that they are dancers, and focus on something other than the condition," he said. "And at the same time, they were really able to focus on all of the strategies and skills that dancers learn in order to move with fluidity and grace and balance and intent, and it's those elements I think that start to go away with Parkinson's."

While the classes have clearly helped motor skills, Leventhal said the program has filled a void in those who were hungry for a physical experience that wasn't just about getting your heart rate up.

Twenty years ago, medical experts and researchers were skeptical of programs like Dance for PD — some even said physical activity could pose serious risks to those suffering from Parkinson's. Leventhal said the program is currently being evaluated by researchers and he's optimistic results will show positive effects. He added that many of his new participants are referrals from neurologists, a sign of how far things have come.

But for Leventhal, what's perhaps even more important is the social-emotional effects. He said he's seen firsthand how the program is providing a sense of humanity to those who have watched their bodies and self-confidence give way to the disease.

"These are as important, to me at least, as the motor benefits because Parkinson's affects the whole person," Leventhal said. "It's not simply a movement disorder, it's a quality of life condition. And because of that, I think dance plays a very important role because it's a holistic activity. It encompasses not just the physical, but the social, emotional and the cognitive. And in that way, I think plays a very important role in helping people maintain quality of life in the face of a chronic condition."