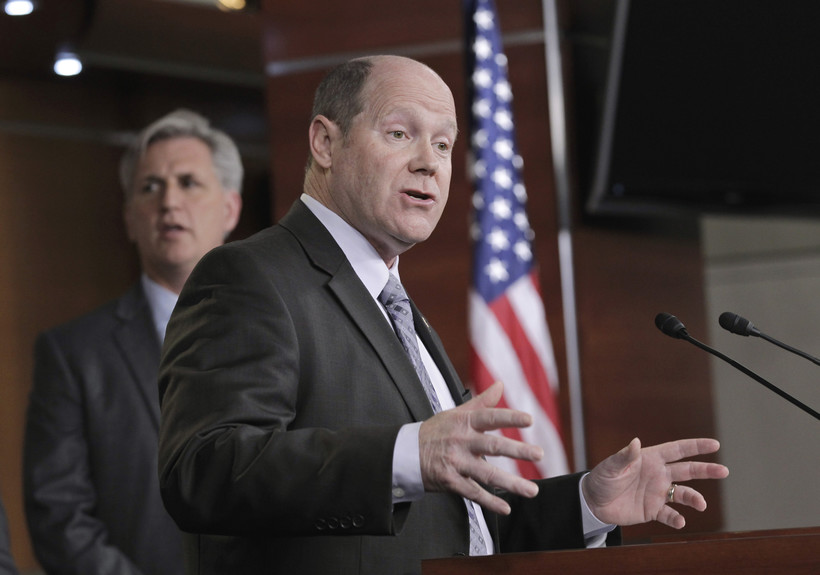 U.S. Rep. Reid Ribble is trying to remove protections for the gray wolf in the western Great Lakes region.

Wisconsin Congressman Reid Ribble Is Behind The Plan
By Chuck Quirmbach
Share:

A Wisconsin congressman is trying once again to get the gray wolf off the federal endangered species list in the western Great Lakes region.

Rep. Reid Ribble, R-Green Bay, has won House approval of an amendment that would restore a Fish and Wildlife Service decision to de-list the grey wolf in the Upper Midwest. That decision in 2012 led to hunting of wolves in Wisconsin, Minnesota and Michigan. A federal court that decision in 2014, blocking the hunts.

Wayne Pacelle of the Humane Society of the United States said Congress ought to let an appeal of that court ruling play out.

"It's just not right for Congressman Ribble to kind of cherry-pick wolves off of the list and undermine this judicial review of an executive agency decision," said Pacelle.

Ribble said his amendment attempts to protect the Endangered Species Act by discouraging judges from overruling the Fish and Wildlife service to knock a species out of a protected category.