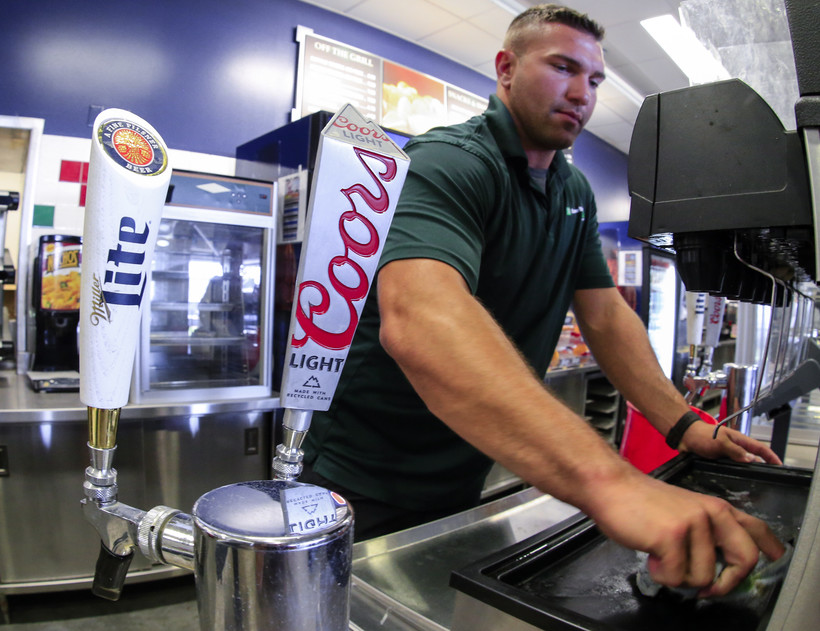 The company which employs concession workers and vendors for Lambeau Field and Miller Park notified the state this week of 1,303 layoffs.

The move by Delaware North comes as the Green Bay Packers announced reduced stadium capacity and the Milwaukee Brewers prepare for a shortened season amid the coronavirus pandemic which has sickened some players.

"The pandemic has proved longer in duration and more devastating than anyone could have predicted," the company wrote in a letter to the Wisconsin Department of Workforce Development. "This was an unforeseen business circumstance that renders us unable to forecast the precise timeline for business to resume to a level sufficient to return all of our associates to work. Thus, it is reasonably foreseeable that many associates will not return to work within six months."

Many employees are eligible for jobless benefits but a union representative said others are still waiting. Some have been denied multiple times.

"It’s been really rough and the saddest thing — what keeps us up at night — is knowing that a lot of our members are not getting their paychecks," said Carlos Ginard, an assistant manager with Chicago and Midwest Regional Joint Board of Workers United.

In Milwaukee, Delaware North operates concessions and dining services at Miller Park. A company website says the culinary team partners with many local vendors to "infuse Milwaukee staples such as cheese curds and sausages into the food."

In Green Bay, Delaware North and the Packers operate the 1919 Kitchen & Tap. The partnership also oversees a mixed-use complex adjacent to the stadium which includes 46 Below Bistro. Both restaurants are temporarily closed.

Workers United represents 261 employees at Miller Park, according to Ginard. It does not represent workers at Lambeau Field but has many members who work at hotels around the state — some of which recently announced layoffs like the Hilton near Monona Terrace in Madison. Forty people employed at that Hilton will be out of work, just some of the more than 400 layoffs announced by Marcus Corp. last week.

Since then even more hotel layoffs have been reported in Madison and Milwaukee.

"To say this spring and summer have been tough have been a complete understatement," said Ginard. "We have some members and their families having a rough time."