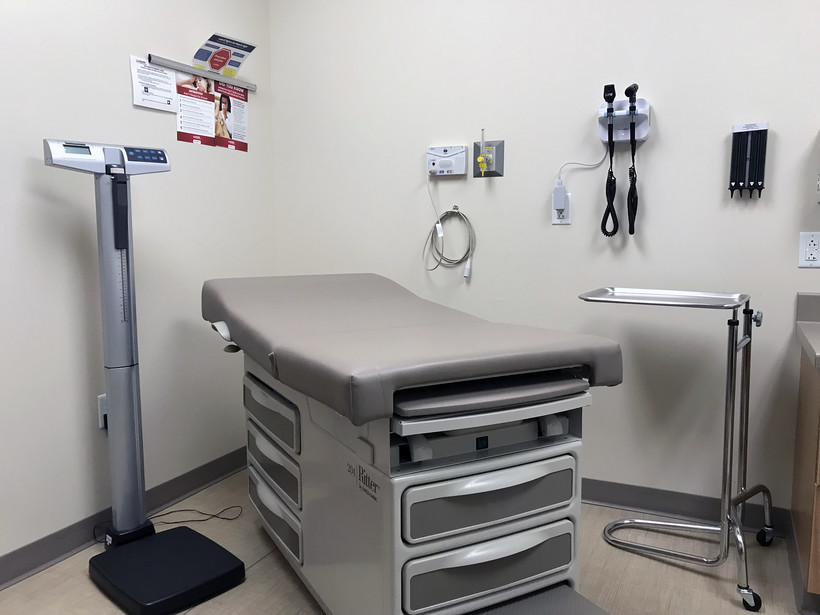 The head of Milwaukee's children's hospital says health outcomes for youth in the city are "abysmal" and is among policy experts who say health care in the city and state remain a crucial issue heading into the 2020 election season.

Speaking Thursday at the Wisconsin Club in Milwaukee, Children's Wisconsin CEO Peggy Troy said that based on health indicators the hospital tracks, children living in Milwaukee’s central city have the fourth-worse health care outcomes in the country, and the state overall is in the 50th percentile. Wisconsin Children's measures 50 different indicators of health, including how children learn, if they have asthma and access to dental care.

"Here we’ve got this beautiful city, we’ve got the Democratic National Convention, we’ve got Marquette University, Fiserv Forum, all these wonderful things, but the health care for these kids is really abysmal," Troy said.

Poverty in Milwaukee’s central city and unresolved mental health issues that occur in children's lives before they reach the age of 7 actually changes their brain growth, Troy said.

"Their flight and fight overdevelop and their judgment and reasoning underdevelops," she said. "So as they mature, there are consequences. It’s a problem we are all addressing, but it needs a lot more resource."

Troy reminded the audience at the Marquette event on health and politics, which was made up of many health care providers and Marquette employees, that children don’t vote. She encouraged them to go to Madison or lobby their elected officials in Washington D.C. for health care policies that would protect children.

That includes the expansion of Medicaid, the state-run health insurance program for the poor. About half of Children’s Wisconsin patients are on Medicaid, Troy said.

Troy was joined by Charles Franklin, a law professor and director of the Marquette Law School Poll, and Lisa Grabert, visiting professor of research in the College of Nursing.

Grabert, who specializes in health policy, with a focus on federal entitlement programs including Medicare, Medicaid and private health insurance, agreed that making changes starts with reaching out to local legislators.

She said having the Democratic National Convention in Milwaukee July 13-16 is a great opportunity.

When politicians and their staffers are in Milwaukee next summer, Grabert said, they should be reminded that Wisconsin deserves better when it comes to health care.

"Wisconsin needs to get more federal resources coming into this state," Grabert said. "So when the lawmakers are here, enjoying themselves, remind them that they can continue to enjoy all that Wisconsin has to offer if they work to make sure there is equity for every state in the country."

Franklin pointed to the Affordable Care Act as the issue that has consumed politics and health care policy over the last decade.

While the country has never fully embraced the ACA, Wisconsin has had an even more negative opinion of national health care reform, Franklin said.

Nationwide, about 45 percent of voters had a favorable view of the ACA between 2012, when the Marquette Poll began, and 2016. In Wisconsin about 40 percent of respondents have viewed the ACA favorably, Franklin said.

However, public opinion has changed slightly since the Trump administration has started to talk about repealing and replacing the ACA without offering any alternatives, Franklin said.

"It has been a case of I don’t like it, but don’t touch my ACA," Franklin said.

As far as "Medicare for All," the latest health care policy debate going into the 2020 presidential election, Franklin said about 50 percent of people say they support it, when they aren’t told it replaces private insurance.

That number drops to 32 percent favorable when people are told Medicare for All means no more private insurance.