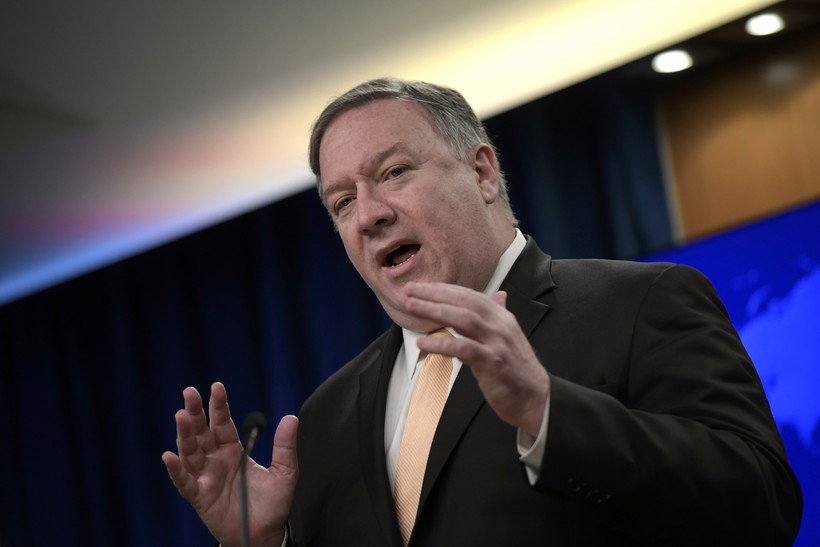 Members of Wisconsin's Hmong community are speaking out after reports that the Trump administration is seeking the ability to deport thousands of Hmong residents to Laos.

In late January, U.S. Secretary of State Mike Pompeo met with Lao foreign minister Saleumxay Kommasith. In a recently surfaced letter dated Feb. 3, U.S. Rep. Betty McCollum said the administration "is negotiating with (Laos) to allow for the deportation of longtime Hmong and Lao residents of the United States back to the country of their birth."

McCollum, a Minnesota Democrat, blasted the policy as "a direct attack on my constituents and their family members" and called the proposal "unconscionable."

The proposal could reportedly affect more than 4,500 Hmong and Lao U.S. residents who are not citizens and who have committed crimes or have deportation orders against them. These individuals have mostly been safe from deportation because of a long history of human rights violations against the Hmong by the Communist government of Laos.

"My dad was part of the (Hmong) military in Laos that resisted the Communist Party," said Zang Vang, a public relations official with the Wisconsin Hmong Association in Madison. "The reason we left the country is we’re considered the enemy."

"Right now Laos is still a Communist country," said Long Vue of Appleton. "We had to flee Laos because of being persecuted. And we still have Hmong in Laos still being persecuted today."

Vue, who is executive director of a statewide coalition of Hmong associations, the Wisconsin United Coalition of Mutual Assistance Association Inc., said deporting Hmong residents would send a message to the world that the U.S. doesn't value its allies. Hmong fighters first came to the U.S. as refugees in the 1970s after assisting the U.S. in the Vietnam War. And he said Laos is not safe for the Hmong.

"If the plans of the U.S. government is to send (Hmong residents) back, basically they'll be persecuted, imprisoned or killed," Vue said.

The number of people who would be eligible for deportation under the proposal would be a small slice of the Hmong population in the U.S. There are about 49,000 Hmong people in Wisconsin and about 300,000 nationwide, according to U.S. Census data, and the majority of them are U.S. citizens.

Vang said many of those who are Green Card holders — that is, people who are legal permanent residents but not U.S. citizens — are those in their 20s and 30s who came to the U.S. as young children during refugee resettlements in the 1980s and '90s. They speak English and have few connections to the country of their birth.

"They have no idea of the culture there," he said. "They will not know how to survive if they’re sent back to Laos."

Yee Leng Xiong, the director of the Hmong American Center in Wausau, said Hmong and southeast Asian advocacy groups are responding to the reports, even as they are also waiting for more information about the State Department plans. But he said the Hmong community's response could have implications on the fall presidential election in Wisconsin.

"The Hmong community will come out and vote in this election if that does go through, and they will remember it," Xiong said.

On Monday evening, a State Department spokesperson confirmed to WPR that the administration is calling on Laos to accept deported U.S. residents, and said that "the U.S. government is funding a reintegration program in Laos for those who need extra assistance."