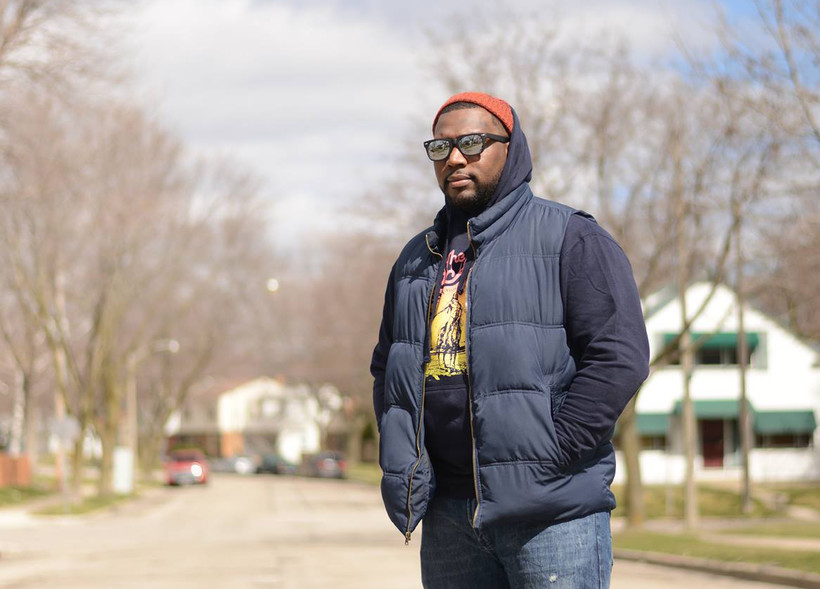 Darius Windom remembers the first time he ever rapped. Well, he kind of remembers. He was at his grandmother’s house with his cousin, a big brother-like figure who he idolized. As his cousin was rapping, Windom jumped in and the words and rhymes flowed from his mouth.

"Things moved in slow motion," Windom said. "I couldn’t hear anything. All I could do is see the faces of my cousin and my sister looking on in pure astonishment. Their jaws dropped and when I stopped they shouted … ‘Yo! That was amazing!’"

But Windom can’t remember anything, he said. From that point on, he realized he had a gift that he wanted to share to bring people joy.

In 2008, the Milwaukee-native formed the group AUTOMatic. In the group, Windom goes by APRIME and acts as emcee and producer, along with producers Trellmatic and DJ JDL Rockwell. The group is a bit of a throwback to classic 1990s hip hop acts like De La Soul and A Tribe Called Quest.

Lately, Windom has been focusing a lot of his energy on a side project, 3099, inspired by a short story he wrote in 2007. He and DJ JDL Rockwell turned to their love of new wave, rock and house music and incorporated those sounds into their 3099 songs.

"I write all the lyrics," Windom said. "JDL Rockwell will have a skeleton of a beat. I’ll start out playing keys, he’ll add drums, we’ll get a guy to play the bass. We have great chemistry. We finish each other’s sentences musically."

There’s only one rule for 3099: make music as creatively and fearlessly as possible.

"We’ll try anything," Windom said. "If it doesn’t work, we can delete it. You may hear me do a song to a polka beat. I’ll use any influence we’ve had."

Their latest album, "AUTOMatic presents 3099," kicks off with the track "Ostinato." In the song, Windom raps:

"I reminisce on when hip hop saved my life,
if I could relive that moment,
would I decline the offer?
Maybe. I dunno."

When Windom was 14 or so, he was impressionable and hung around bad influences, he said. His relationship with his mother, his best friend at the time, was strained. He felt lost and like he was in dire straits.

He thought the only way to fix everything was by taking his own life, he said. But as he was about to, Outkast's "Mainstream" played. It spoke to him and kept him from ending his life.

"From that moment on, I felt like I owed my life to music," he said. "That’s the reason I’ve been making the sacrifices I have for music."

Windom wants to create music that anyone can listen to. Music that brings out the best in people and promotes positive thinking.

"I want to make songs that help people keep going," Windom said. "We have dark times and days, but you have to keep your head up and keep moving. Things will get better, I’m a living testament to that."