If you don’t know about Hinterland Music Festival, you should.

For those Wisconsinites willing to make the trek to our Iowa neighbor, and looking for something much more relaxed than, say, Lollapalooza, Hinterland is the place. The family-friendly camping festival, now in its fifth year, expanded to three days this summer. More than 20,000 people attended from nine countries and 34 states, according to event organizers.

Hinterland, which took place Aug. 2-4 at the Avenue of the Saints Amphitheater south of Des Moines, saw its biggest lineup yet, featuring Kacey Musgraves and Hozier Friday, St. Paul and the Broken Bones and Jason Isbell and the 400 Unit Saturday, and Maggie Rogers and Brandi Carlile Sunday—many of whom also played at Lollapalooza the same weekend.

"Hinterkids" rocked out on their parents’ shoulders, and attendees sprawled out on blankets and inflatable couches on the hill to enjoy the weekend jam-packed with music.

For a small festival, the energy was electric, as if everyone knew they were experiencing something special. The performers reflected similar sentiments. Most of the acts commented on how surprised and impressed they were with the lineup. 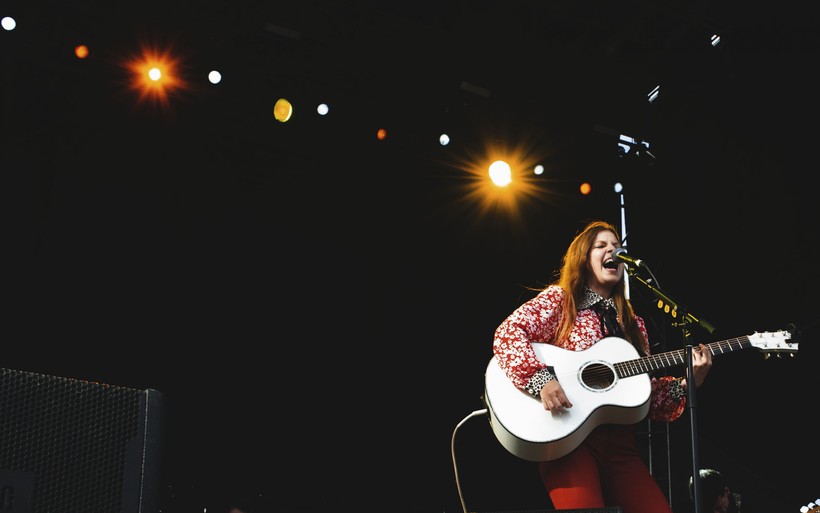 Musgraves got the audience to join her in an enthusiastic "Yee-Haw" chant, which she said didn’t quite work at her set at Coachella. She played many of the hits off her 2018 album "Golden Hour" as the sun set, ending with the high energy "High Horse" as the crowd jumped and pink confetti fell.

Musgraves easily could have headlined, but instead opened for Hozier, who kept the energy up with hits from his latest album, "Wasteland, Baby!."

Saturday featured a lineup up of bluegrass, folk, and soul. The Dead South, who played at Madison’s Live on King Street the day before, played the last show of their tour at Hinterland before heading back to Saskatchewan, Canada. Colter Wall, a 24-year-old country singer-songwriter also from Saskatchewan followed. His deep, husky voice takes you by surprise and makes one nostalgic for old country legends.

The Wood Brothers and St. Paul and the Broken Bones provided funky soul vibes to start off the evening before transitioning to Americana legend Jason Isbell and the 400 Unit.

Husband and wife duo The War and Treaty were a force on Sunday afternoon with their bold, jazzy soul sound. The "two lovebirds singing without reverb" enchanted the dance-y crowd, and brought life back into those who were starting to feel the fatigue from the sun. 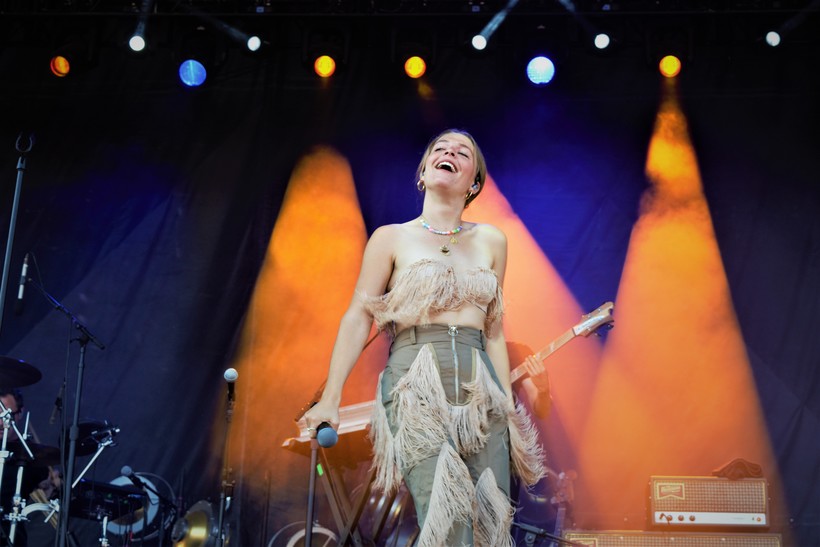 The night closed with two show-stopping performances from Maggie Rogers and Brandi Carlile. Rogers' vocals were impressive as she danced around the stage for the entire set. Her younger fans welcomed her by chanting her name before she emerged wearing a classic festival fringe look.

Carlile stole the whole weekend, closing the festival on Sunday. Carlile oozes cool. Following a loud ring of a bell, wearing a blue bandana and white t-shirt, she began her set solo—with just her and her guitar, jumping into "Hold Out Your Hand." By the chorus, she was joined in three-part harmonies by twins Phil and Tim Hanseroth, and the audience was hooked from the first row to the back of the hill.

Carlile, who performed at the inaugural Hinterland, expressed gratitude for being able to return for year five.

"There’s something special about you people," she remarked, calling the audience a "once in 10 years crowd" and praised the good vibes.

After closing the show with "Party of One," featuring her three-person string orchestra, she received a standing ovation from the hill.

All-in-all, year five of Hinterland was a rousing success. With an impressive lineup that rivals Chicago’s Lollapalooza without the rowdy crowds, the Iowa festival is well worth the drive from Wisconsin.