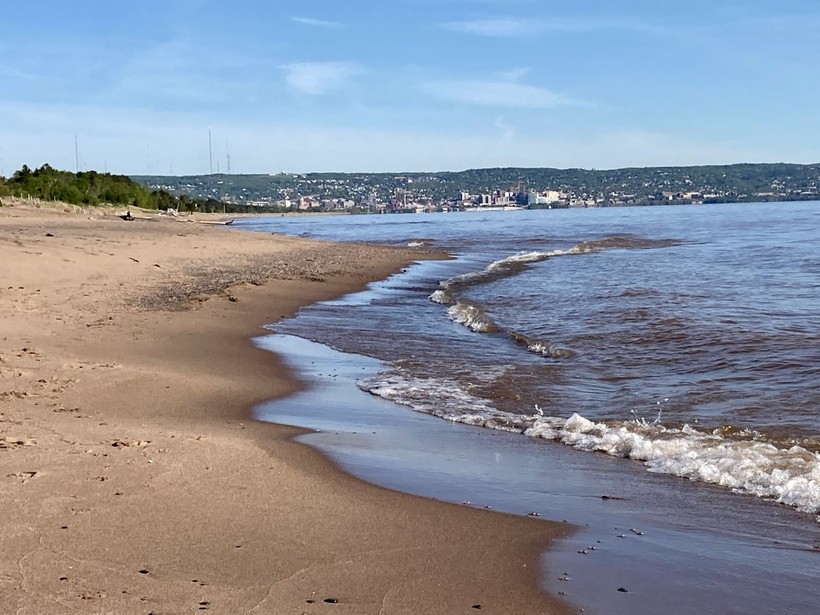 The shores of Lake Superior in Duluth, Minn., can be seen in this photo taken May 29, 2021. Water levels on Lake Superior have been dropping as the basin has seen abnormally dry to severe drought conditions. Danielle Kaeding/WPR

High waters remain on most Great Lakes, but below record levels

Levels are expected to remain above average except on Lake Superior
By Danielle Kaeding
Share:

With summer here and as people head to the water, the U.S. Army Corps of Engineers forecasts that water levels will be above the long-term average for most of the Great Lakes except Lake Superior.

While levels will be higher on most lakes, the Army Corps' latest six-month outlook finds the water will be nowhere near record highs seen in recent years that have prompted shoreline flooding and worsened erosion.

Water levels on Lakes Michigan and Huron are more than two feet below the record highs seen in 2020, according to Keith Kompoltowicz, chief of watershed hydrology for the Corps' Detroit District. He said it's unlikely there will be any devastating impacts to the lake's shoreline.

"The higher the lake levels are, the more likelihood there is for coastal flooding because the water is already high up on the shoreline. It's not to say that we're not going to see any instances of shoreline flooding this year with a certain type of storm event," Kompoltowicz said. "But certainly the impacts will be lessened this year, given the lower nature of the levels." 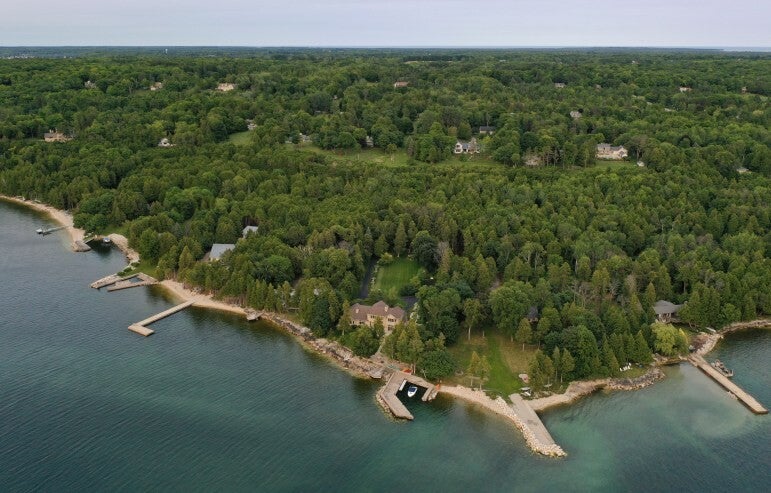 Lakeshore homes are seen in the Door County, Wis., village of Ephraim, on July 31, 2021. Many homeowners have placed large rocks along the shoreline to confront erosion amid wild swings in Lake Michigan’s water levels in recent years. Coburn Dukehart and Tad Dukehart/Wisconsin Watch

"Lake Superior was a little bit below average recently," Kompoltowicz said. "However, some wetter conditions over the past month-and-a-half or so have allowed it to climb back very near its average."

Lake Superior saw double the precipitation it normally receives in April. Even so, the lake has received around 88 percent of its average precipitation in the last year.

Lake Superior's water levels hovered at 602.03 feet as of May 24, which is just above the long-term average of 601.61 feet. In 2019, the lake reached a record 602.92 feet after record-setting wet conditions around the Great Lakes basin. That year was the wettest year for the Midwest and Wisconsin since record-keeping began in 1895.

Up until the past couple years, water levels had been on an upward swing since early 2013. Prior to that, the lakes had seen water levels well below average since the late 1990s.

Lake levels fluctuate due to evaporation and the amount of runoff from rain or snow melt. Kompoltowicz noted the Great Lakes basin has witnessed much drier conditions in the last 18 months that have allowed water levels to fall.

Water levels on the Great Lakes typically rise in the spring due to runoff and decline in the fall because of more evaporation.

A survey last year of nearly 50 coastal communities in Wisconsin found they expected to spend $245 million through 2026 due to shoreline damage from flooding, erosion, and storms made worse by climate change. That price tag was estimated to run nearly $2 billion for more than 240 communities across the Great Lakes and St. Lawrence River.