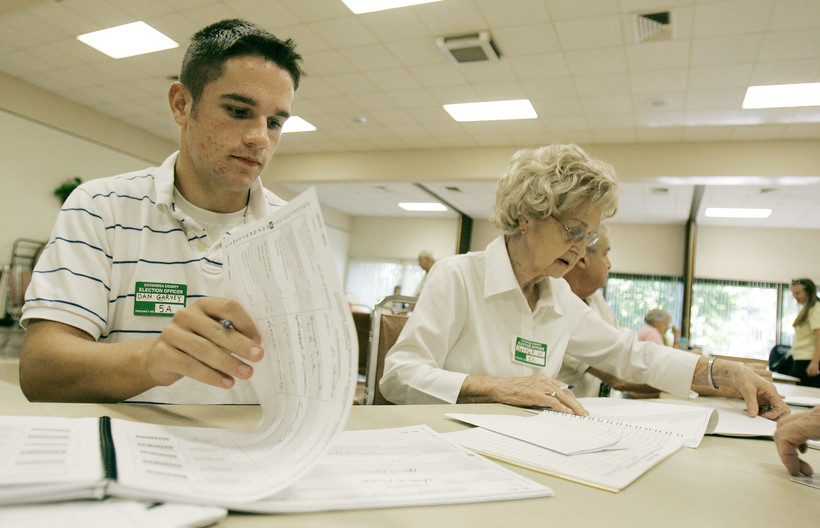 In a few short weeks, Wisconsin residents will cast their ballots for several state and federal races including the next governor. At each polling place, election officials of all ages will be there to make it possible.

The number of volunteers needed ranges from 3,000 in Madison to just seven in the Wisconsin Dells. As of last Monday, Milwaukee was about 300 short of the 2,000 volunteers they need, but they have applications coming in each day, according to Milwaukee’s Election Commission Executive Director Neil Albrecht.

In Janesville and Kenosha some of the election inspectors will be high school students.

Sixteen-year-olds can’t vote, but in Wisconsin, they can work the polls on election day.

Michael Cohoon started when he was 17 years old and a student at Kenosha Christian Life School. There, civic duty met civics lesson.

"I learned what a Wisconsin state ballot looks like," he said. "I learned all the different machines and how they’re (the ballots) are counted and just kinda the whole process behind it."

Cohoon was hooked, and has volunteered ever since.

"I just kind of fell in love with the whole idea of being an election inspector and volunteering for the community in that way," he said.

Cohoon is now a sophomore at Ripon College, where he's double-majoring in sociology, and politics and government. He plans to volunteer in Kenosha again this year, along with more than 200 other poll workers.

He said he’s returned to his high school since he’s graduated to encourage other students to get involved.

"It’s a really cool volunteer opportunity," he tells a group of students at his alma mater. "You kind of get to see how elections work in general, as a whole process, not only in Kenosha but sort of in the state of Wisconsin as well."

Cohoon said voters and other poll workers alike were surprised to see a teenager so civically engaged. But Kenosha City Clerk and Treasurer Debra Salas said they’ve gotten great feedback from the adults.

"The other election inspectors love it. They (the teenagers) have a lot of energy," Salas said. "Our high school inspectors, for this election, will have hours from 3:30 p.m. to 8:30 p.m., so it’s just at the right time to perhaps give some of the other workers a break, and they’ll be paid $50."

Salas hopes to have 40 high school volunteers so she can put at least two at each polling station.

Advanced voter registration has ended, but Wisconsin voters can register at the polls on election day