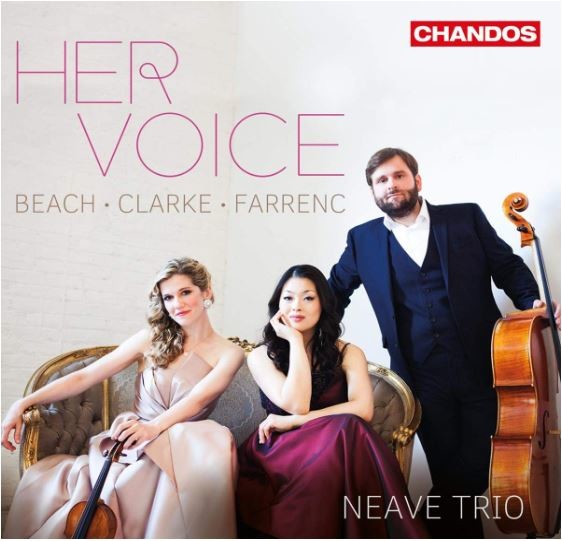 "Her Voice", released on the Chandos record label, celebrates these pioneers who broke glass ceilings in the classical music world.

It's the third recording from The Neave Trio, which has been garnering critical acclaim since being formed in 2010. And with good reason — their sense of ensemble is very strong and the caliber of the performances is very high.

The trio selected three terrific pieces to highlight, shining a light on women whose works deserve more attention. The compositions also provide fitting vehicles in which the trio itself shines. Each of the pieces has a distinct personality, which the trio treats with deference, technical virtuosity and great care.

Violinist Anna Williams, cellist Mikhail Veselov and pianist Eri Nakamura tell a meaningful story of how the trio got its name, which is a Gaelic one meaning "bright" or "radiant. Their performances are just that — full of power and life, beauty, subtlety and a sense of quiet radiance.