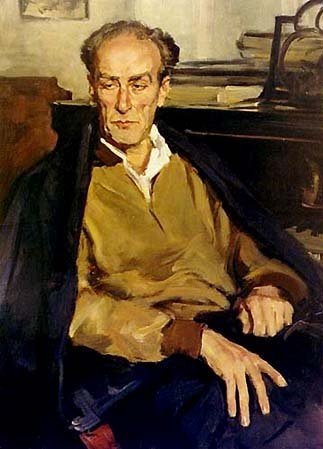 Thanks to a decree from the Central Committee of the Communist Party, Soviet music took some hard knocks in 1948. Four major composers were accused of writing “formalistic” music that didn’t serve the needs of the people, the result being that their music was blacklisted from performance.

The accusations were so serious that after conducting Shostakovich’s Fifth Symphony for what he presumed would be the last time, Evgeny Mravinsky kissed the score and held it high above his head.

The reasons for the condemnation were nothing secret. Shostakovich had written an opera that dictator Joseph Stalin didn’t like. Prokofiev had emigrated to the West for a time and was quite popular there. Khachaturian had headed the politically suspect Soviet Composers Union. Miaskovsky was accused of writing works that were too tragic.

The faultfinding trickled down into every aspect of music.

At the time, pianist Dmitry Paperno was a student at Tchaikovsky Moscow State Conservatory. At first, he and his classmates found it entertaining to see professors accusing each other of kowtowing to the West, but after awhile it became apparent that awful things were going on before their eyes. Often as not, the charges came from people who knew nothing about music. Often the accusers had something to gain from bringing down the accused.

Paperno particularly admired Miaskovsky, a greatly respected composer and teacher accused of writing music imbued with “a pessimism void of ideas.” He grew angry as he heard the charges repeated by accusers who obviously had been rehearsed.

The dreary litany came with only one moment of comic relief, when a fellow musician, slightly tipsy, made his way onstage, stamped his foot, and said to the audience, “You see, comrades, his isn’t the kind of pessimism to condemn–it’s our healthy Soviet pessimism.”

Dmitry Paperno tells the story in his 1998 memoir Notes of a Moscow Pianist.