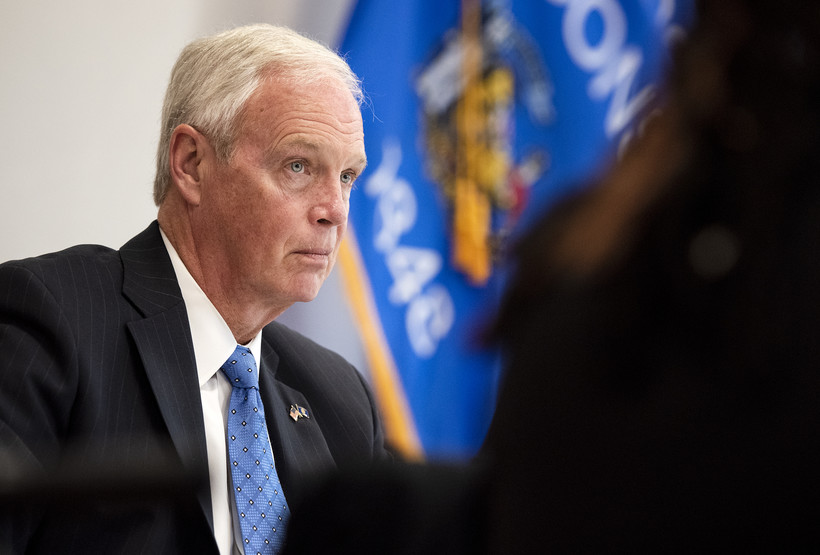 Sen. Ron Johnson sits with people from outside of Wisconsin who claim to have had adverse reactions to COVID-19 vaccines Monday, June 28, 2021, at the Milwaukee Federal Building in Milwaukee, Wis. Angela Major/WPR

Health experts and officials are pushing back against Wisconsin Republican U.S. Sen. Ron Johnson over questionable assertions about COVID-19 vaccines.

Johnson, who has said publicly that he won't get vaccinated and has used his position in Congress to advocate for alternative and unproven COVID-19 treatments, drew new criticism this week for an event he organized spotlighting people who say they have suffered adverse reactions to the immunizations.

At a roundtable in Milwaukee on Monday, Johnson said that he is pro-vaccine, acknowledging that more than 300 million doses have been given to people and "for the vast majority of people, the vaccine has been given with little or no side effects."

None of the speakers, who all described similar symptoms including paralysis and neurological impairments in the days after the vaccine, were from Wisconsin.

Johnson's event was widely criticized, with public officials and health care experts asking him to cancel it. Many worry this type of rhetoric will keep people from getting vaccinated.

In a statement, the Milwaukee Health Department said Johnson's motives should be questioned.

"The scientific facts about the COVID-19 vaccine remain: it is safe, it is effective, and complications are extremely rare," read a statement from the department. "More importantly, it saves lives. The burden of disease, hospitalizations, and deaths due to COVID-19 are the lowest the City of Milwaukee has experienced since the start of this pandemic."

Dr. Ben Weston, director of medical services for the Milwaukee County Office of Emergency management said facts, evidence and science need to be the focus.

"As we see the unvaccinated in our country and certainly around the world continuing to become ill, and in many cases die from COVID, and its new and increasingly dangerous variants, it is essential to remain honest and transparent with the public about the safety of the vaccine," Weston said.

Milwaukee County Executive David Crowley said the risk of contracting and dying from COVID-19 for unvaccinated people is much higher than any kinds of issues patients have with side effects associated with the vaccine.

Ruettgers, the former Packer, worked with Johnson to organize Monday's press conference. He said he knew he would be criticized for speaking out about vaccine side effects.

"Let’s make the truth our friend," Ruettgers said. "We know it's 99 percent, plus or minus, are doing great. What I would advocate for is they are being heard or believed so they can be taken care of. We’ve been at battle against the pandemic and there has been damage." 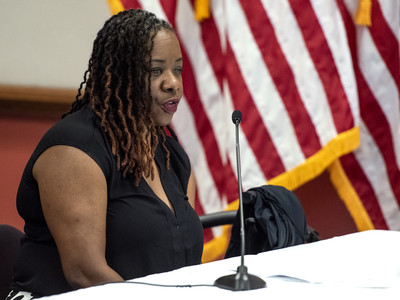 Candace Hayden from Detroit, Mich., details medical problems she experienced that she claims are related to the COVID-19 vaccine Monday, June 28, 2021, at the Milwaukee Federal Building in Milwaukee. Angela Major/WPR

Candace Hayden, of Detroit, also spoke at the event. She said she suffered from paresthesia and partial paralysis from the chest down after being vaccinated, which led to a 26-day hospital stay.

But Hayden said she would take the vaccine again.

"There is no template that says if you have A, B or C. You may experience the adverse side effects," Hayden said. "I for one, would have still taken the vaccination, because my job as an American citizen is to support us getting out of this pandemic."