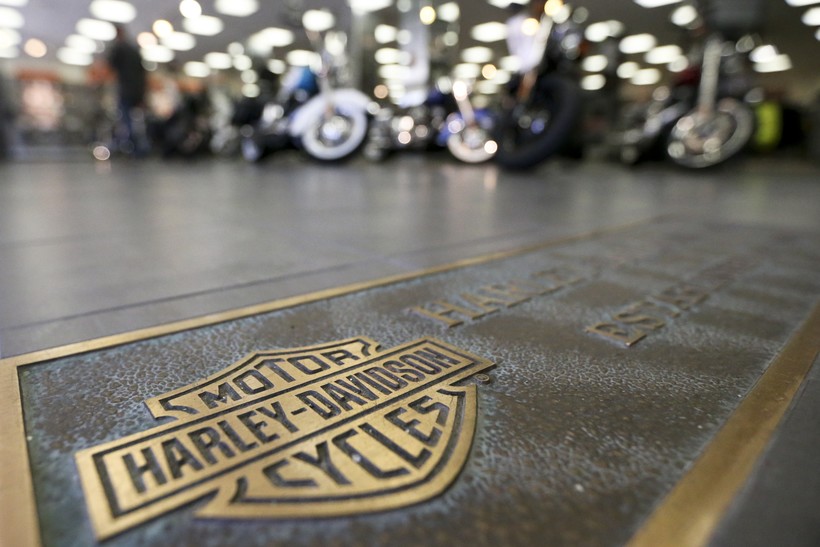 Harley-Davidson is pledging to appeal a decision by the European Union that would impose massive new tariffs on its motorcycles.

The ruling by the Economic Ministry of Belgium "will effectively prohibit the company from functioning competitively in Europe," the company said in a statement Monday.

It would make all Harley-Davidson products subject to a 56 percent import tariff beginning June 1. That's a jump from the 31 percent tariff the EU imposed in 2018, when Harley was one of the United States industries targeted in a trade war started under then President Donald Trump.

The Milwaukee-based company has seen sales decline in recent years, especially in the U.S. In 2020, it eliminated 700 jobs globally as part of a broad restructuring plan aimed at reviving sales and building a new base of customers. The company has also cut back on the number of models of motorcycle it produces and has taken other cost-cutting measures.

Yarbrough said the strong quarter is welcome news for Harley after a bad fourth quarter of 2020. But it doesn't settle the biggest questions about the company's long-term future, he said, which are whether the company can effectively reposition itself in the long term to reach younger customers and establish itself in the growing Asian market.

Most of the sales gains were in North America, where the company posted a 30 percent increase in sales. Sales declined in Latin America and what the company classifies as "EMEA," which stands for Europe, the Midde East and Africa. Sales in Asia sales were flat.

In the statement, Harley CEO Jochen Zeitz called the tariff ruling "unprecedented" and said it "underscores the very real harm of an escalating trade war."

"The potential impact of this decision on our manufacturing, operations and overall ability to compete in Europe is significant," Zeitz said. "Imposing an import tariff on all Harley-Davidson motorcycles goes against all notions of free trade."

A tariff is a tax on goods imposed by the country that imports them. That cost generally shows up in the form of higher consumer prices on those goods. Harley motorcycles are already more expensive than many competitors, meaning additional price hikes could make the bikes even harder to sell.

The EU announced its 2018 tariffs on Harleys in response to U.S.-imposed tariffs on European steel and aluminum. In March, Commerce Secretary Gina Raimondo said those tariffs have been "effective."

Yarbrough said the new European tariffs, if implemented, might not fundamentally threaten Harley's future growth, but they would be a significant "headwind."

"And it will remain a headwind, if they put the tariffs through, for however long the tariffs are in place, and then they may have to make a tough choice, whether they want to stay in that market," Yarbrough said.