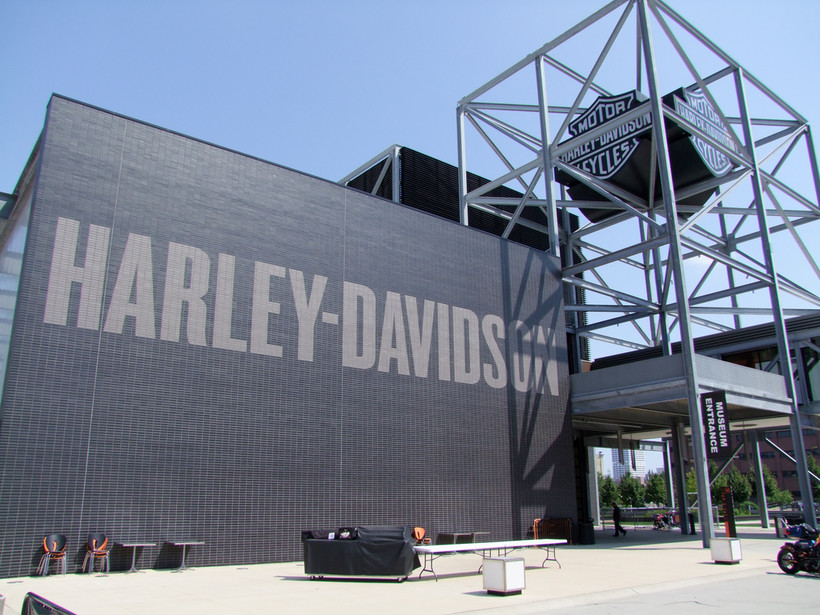 Gov. Scott Walker is due to take a test ride on Friday of a new electric motorcycle made by Harley-Davidson. On Thursday night, the company gave a Wisconsin audience its first look at Harley's prototype for the plug-in market.

Mark-Hans Richer, Harley marketing executive, led the fanfare for the rechargeable electric motorcycle as it was brought out before a few hundred people at the Harley-Davidson Museum in Milwaukee

"There it is, baby! Come on in!" Richer said to hoots from the crowd.

Ben Lund, a key technical developer of the prototype -- which isn't for sale at this point -- said the company is trying to get the attention of younger customers, especially those in urban areas.

"People in an urban environment have different needs and different requirements. They're not riding, you know, a 1,000 miles across the country. They're maybe running around to the grocery store or they have a short commute," he said.

But, many in the crowd on Thursday night had arrived on their traditional, gasoline-powered Harleys, with the louder exhaust systems.  Some of those attendees said they weren't impressed with an electric motorcycle. Among the skeptical were John Vozar and Randy Jones

"It looks nice for what it is. But, (it's) nothing that I would want to buy," Vozar said.

"You get to ride it -- what? -- for a couple hundred miles and then have to wait eight to 10 hours for the battery to charge," Jones said.

The more curious are signed up to take test rides on the electric motorcycle on Friday and this weekend. That includes Walker, who might have to try to both praise Harley-Davidson and avoid disagreeing with some of its older, more conservative, gasoline-engine loving riders.