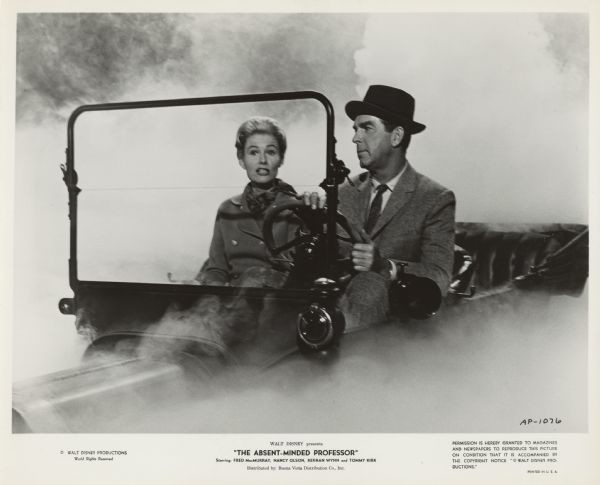 Movie star Fred MacMurray was born this week in 1908. The Wisconsin-raised actor made his name in movies and television, including "Double Indemnity," "The Egg and I," "The Absent-Minded Professor," "The Caine Mutiny," and "My Three Sons."

MacMurray was born Aug. 30, 1908, in Kankakee, Illinois. His father was a violinist who met his mother, Maleta Martin, a Beaver Dam native, while on tour. The family traveled together for a time. but MacMurray’s mother grew weary of the road and returned to Beaver Dam. His parents separated in 1911 and MacMurray saw his father for the last time in 1913.

Although his father didn't stick around, MacMurray developed a great love of music. He played saxophone to help his mother make ends meet. He also excelled at sports and earned a football scholarship to Carroll College in Waukesha.

MacMurray spent so much time playing football and music that he didn't have much time left to study, so he left college after a year to work as a musician first in Chicago and then New York City.

He also found himself playing in orchestras for Hollywood movies, and it was there that he was spotted by an agency scout and screen tested.

By the late 1930s, MacMurray had become a major movie star and was the highest-paid actor in Hollywood by the early 1940s. He was known as an affable nice guy and comedic hero. When interest in that kind of film hero faded in the 1950s, MacMurray took a risk and played darker characters that also won him critical acclaim.