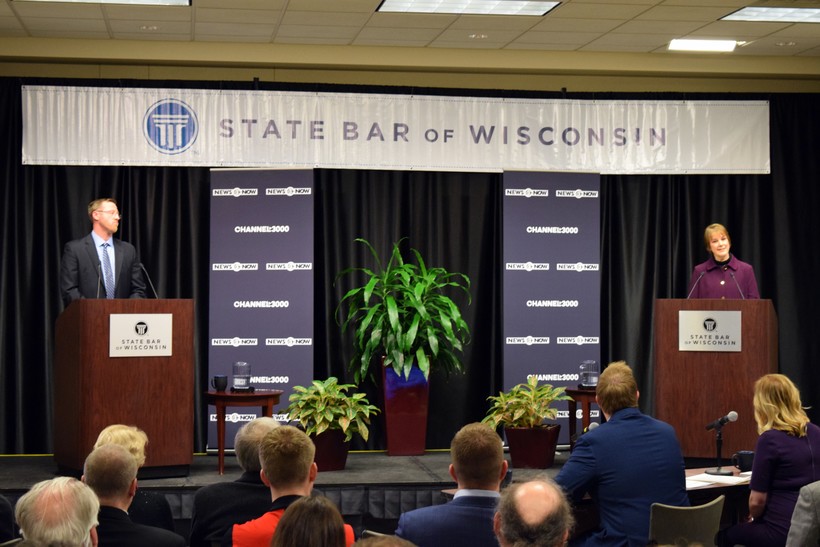 During the debate at the State Bar Center in Madison, Neubauer also repeatedly touted her endorsement by 345 judges in Wisconsin while Hagedorn took her to task for her support of Justice Shirley Abrahamson, the longtime jurist they're both running to replace.

Hagedorn was Walker's chief legal counsel in the governor's office for several years before Walker appointed him to a seat on the Wisconsin Court of Appeals.

"The largest chunk of his career was as a political operative with the governor," Neubauer said.

Hagedorn shot back that Neubauer was mischaracterizing his work as a lawyer representing his client.

Conservatives currently hold a 4-3 majority on the court. Abrahamson, who has served on the court for more than 40 years, is part of the court's liberal block.

Abrahamson announced last year she would not seek another 10-year term on the court, revealing in August she has cancer.

Neubauer announced her candidacy shortly after Abrahamson announced her retirement, praising the justice for her contributions to the legal system.

Hagedorn said it showed Neubauer couldn't be trusted to be fair on the court because he viewed Abrahamson as biased. 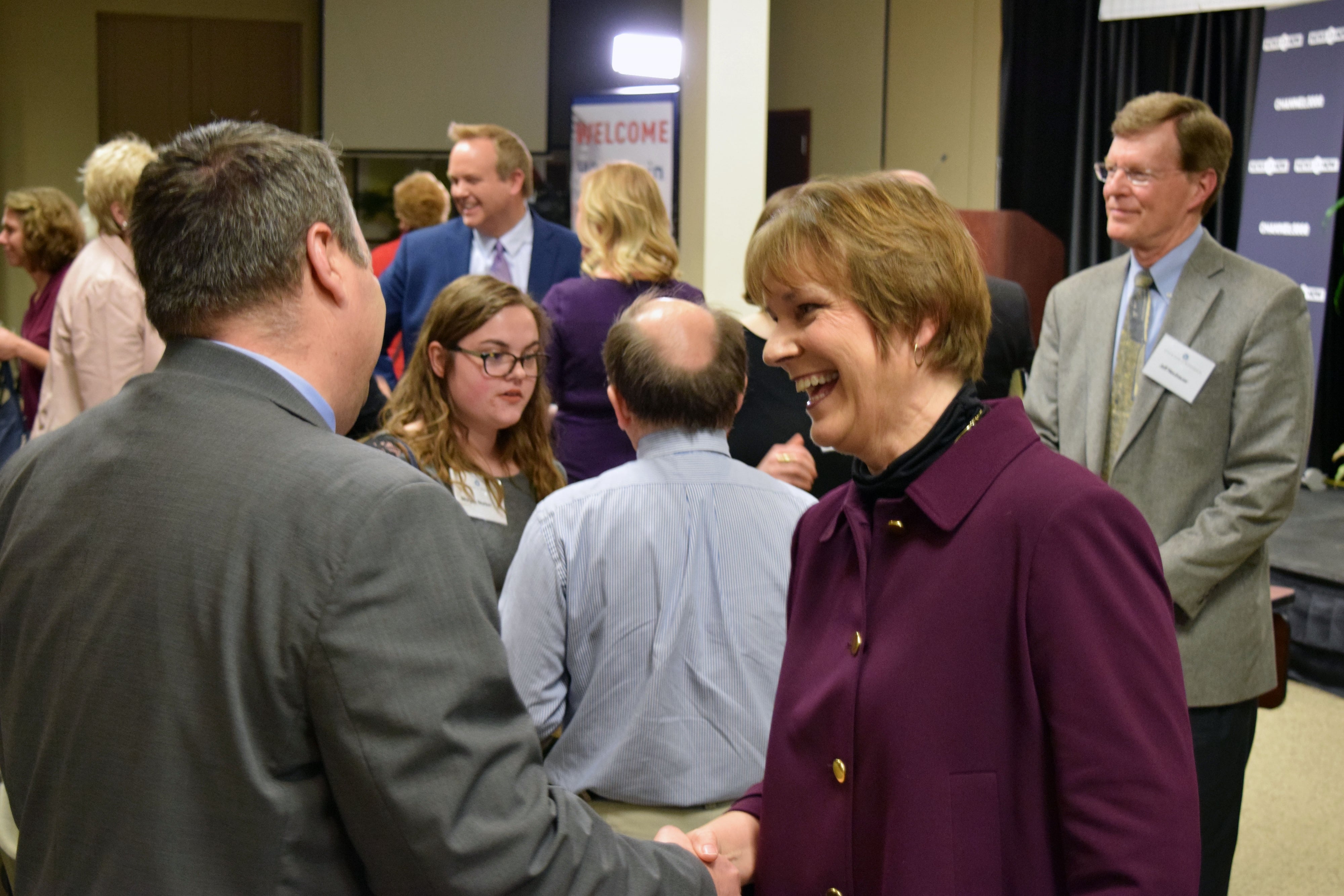 Neubauer pressed Hagedorn over blog posts he's written in 2005, including one that questioned whether a U.S. Supreme Court decision striking down a Texas anti-sodomy law could lead to the legalization of bestiality in America, and another that attacked the Mormon faith.

"They are not just about whether he likes green grass and nice sunsets," Neubauer said of the blogs entries. "They are about key constitutional issues."

Hagedorn said he had never let his personal views affect his decisions as a judge.

"My job is to uphold the constitution as written," Hagedorn said.

Hagedorn also talked about his affiliation with Augustine Academy, a Christian elementary school he helped found whose code of conduct bars students, parents and teachers from "participating in immoral sexual activity." The school defines "immoral sexual activity" as any form of touching or nudity for the purpose of evoking sexual arousal apart from the context of marriage between one man and one woman.

"The policies they have are not aimed at people, they're aimed at conduct, and they're similar to what you'd find in Christian schools, Catholic schools, Lutheran schools, other schools of faith all around the state," Hagedorn said. 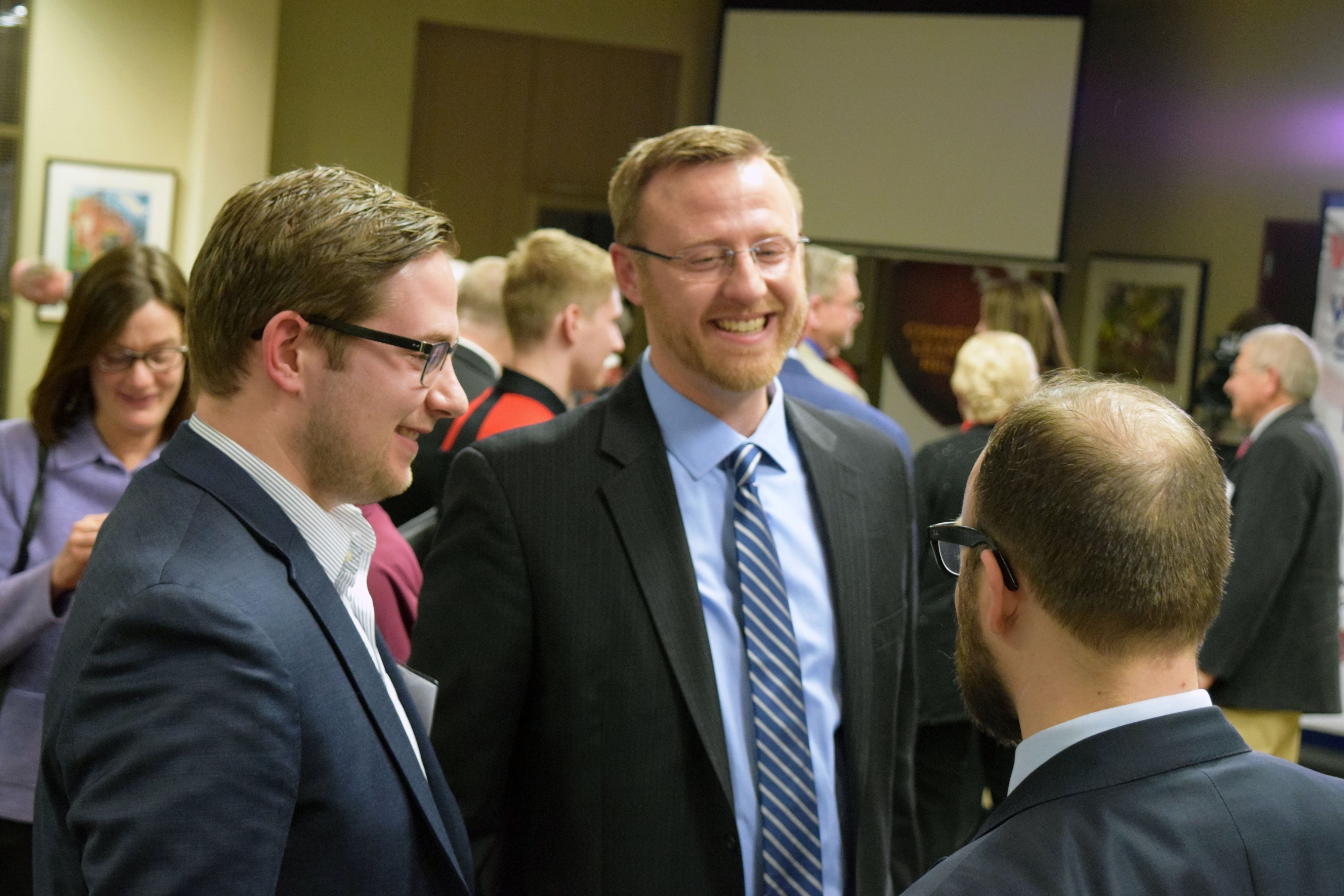 Both candidates were asked to name justices they considered major influences. Neubauer declined to name anyone.

"I've been asked that question many times on this campaign trail," she said. "What my record shows is really what I ask to be judged on."

Throughout the evening, Neubauer rarely veered from her talking points, stressing her record on the court and her long list of endorsements from fellow judges.

"They know our record and they trust that I will be fair, impartial and independent on the Supreme Court if I am honored to be elected by the people of this state," Neubauer said.

"I've been there," Hagedorn said. "I've actually helped do the work."

The debate Friday was sponsored by the Wisconsin State Bar Association, WISC-TV in Madison, and WisPolitics. Hagedorn and Neubauer have agreed to two additional forums before Election Day. Voters will head to the polls April 2.