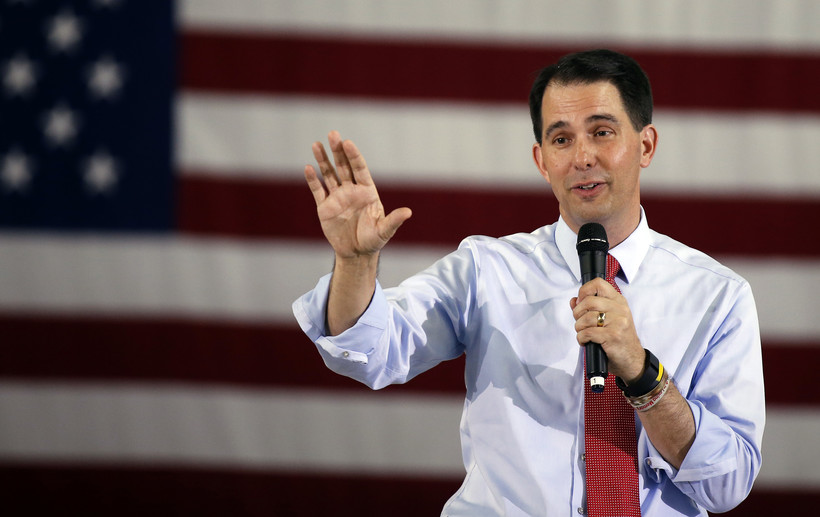 Documents published Wednesday by British news organization The Guardian shed new light on the Wisconsin investigation known as John Doe 2, including detailed examples of coordinated fundraising between Gov. Scott Walker’s recall campaign and conservative groups such as the Wisconsin Club for Growth.

The documents also show for the first time that the owner of a company that once manufactured lead paint donated heavily to a group that helped Walker and other Republicans survive recall elections right around the time they rewrote state laws to protect businesses from lead paint lawsuits.

The documents published by The Guardian show Harold Simmons, who was then the billionaire owner of NL Industries, directed $750,000 in contributions to the Wisconsin Club for Growth in 2011 and 2012. The first installment of those contributions came less than three months after Walker signed a sweeping rewrite of Wisconsin’s tort laws that made it harder for anyone injured by lead paint to sue the companies who once produced it. In 2013, Republicans quietly added a provision to the state budget that protected companies from lead paint lawsuits retroactively.

"It’s unbelievably corrupt," said attorney Peter Earle, who represents Milwaukee residents who’ve been victims of lead poisoning. "It’s unbelievably immoral in my view. This is the kind of thing that makes people lose faith in government."

The Guardian article is the most comprehensive look yet at the sweeping investigation that began several years ago and was shut down by conservatives on the Wisconsin Supreme Court. The court ruled that coordination between candidates and interest groups who keep their donors secret is legal in Wisconsin, a position GOP lawmakers and Walker later enshrined in Wisconsin state law.

"Several courts shut down the baseless investigation on multiple occasions, and there is absolutely no evidence of any wrongdoing," said Walker campaign spokesman Joe Fadness.

While much of what was published in The Guardian on Wednesday had been reported previously, the sheer volume of documents made public for the first time included several new details. For example, a check from donor G. Frederick Kasten to the Wisconsin Club for Growth included in the subject line "Because Scott Walker asked."

Also among the documents was an email from Walker to top aides in his gubernatorial campaign where Walker discussed a meeting with another GOP donor. Walker added at the end of the email, "Also, I got $1m from John Menard today," referring to the billionaire owner of the Menards home improvement chain. Eight days later, Menards corporate account cut a check for $1 million to the Wisconsin Club for Growth.

"He ran the effort that defeated the first incumbent Supreme Court Justice in decades back in 2008, and Club for Growth-Wisconsin was the key to retaining Justice Prosser," Walker wrote.

That 2008 election saw Gableman narrowly defeat incumbent Justice Louis Butler, who had written the landmark decision on lead paint lawsuits Republicans effectively reversed in 2011 and 2013. Prosser’s race came shortly after Walker signed his landmark Act 10 collective bargaining law and was viewed as an early referendum on Walker. Walker's victory preserved a conservative majority on the court.

Walker’s own opponent in his 2012 recall, Milwaukee Mayor Tom Barrett, said his first reaction upon reading The Guardian documents was "wow."

"It was shocking to see that much money flowing in," Barrett said. "And very disappointing."

John Doe 2 prosecutors, including Milwaukee County District Attorney John Chisholm, have asked the U.S. Supreme Court to intervene in the case, saying it represents a fundamental misreading of federal campaign finance law. Prosecutors also want the court to find justices Gableman and Prosser should have recused themselves from the John Doe ruling since it involved an investigation of some of the same groups that helped put them on the court.