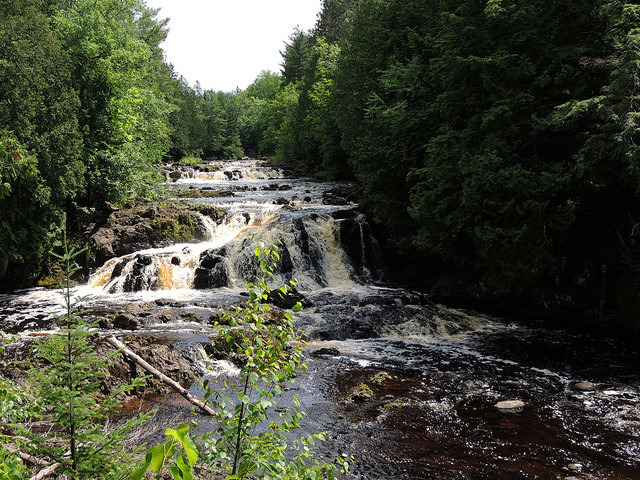 The Tyler Forks cascades, located near the land Gogebic Taconite had planned on using for a large iron mine.

GTAC Officially Withdraws Plans To Mine

The mining company Gogebic Taconite has withdrawn its pre-application notice from the state, meaning land in northern Wisconsin that was slated to become an iron ore mine is now open to the public once more.

Wisconsin Department of Natural Resources hydrogeologist Larry Lynch said they received a withdrawal letter from the company commonly known as GTAC this week. Lynch said it means that people will once again be able to hunt, fish, hike, sightsee or cross country ski on Managed Forest Law land there.

"There may still be signs up. They weren't able to get at all the signs to get them down, but the land is open," said Lynch.

The land was closed to the public last year after legislators passed a law barring people from coming within 600 feet of mining activity on Managed Forest Law land.

Lynch said the DNR will provide a final billing statement to the company for its review during the permitting process. Lynch said that may come in the next several weeks.

Landowner RGGS Land and Minerals made around $9,500 in tax payments to the state for closing the land to public access.