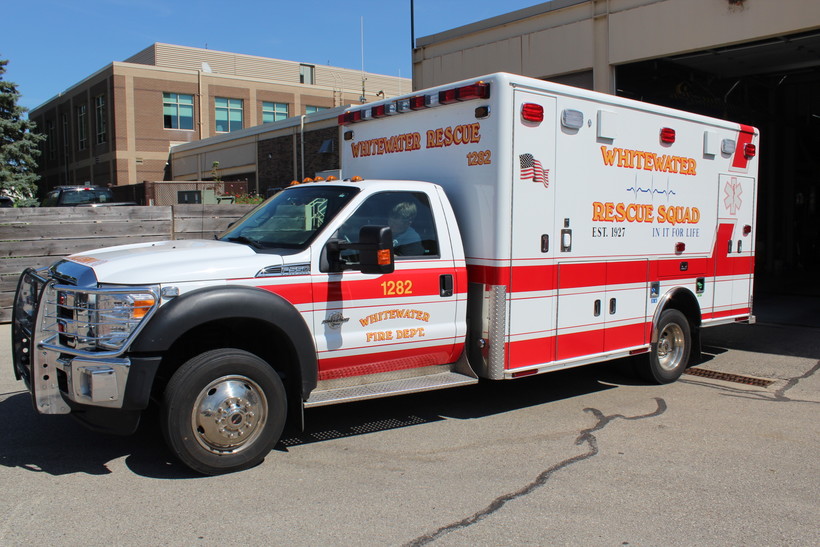 20 referendums being held around the state Nov. 8
By John Davis
Share:

The City of Whitewater is asking residents to approve a $1.1 million referendum on Nov. 8 that would allow the city to move to a full-time fire and EMS department.

Interim City Administrator John Weidl says the referendum is necessary to keep up with rising need in both Whitewater and the surrounding towns.

Whitewater isn’t alone. More Wisconsin municipalities are looking to raise property taxes to pay for stabilizing emergency services. Twenty communities across the state are asking voters to approve property tax increases during elections next month to pay for more full-time firefighters and paramedics or police officers.

Seven of eight referendums asking for more public safety tax dollars were approved across Wisconsin in the April general election.

The Village of Holmen is asking voters for almost $1.3 million a year going forward starting in 2023 — about half of which would be used to hire four to five new police officers. The rest of the money would provide more full-time firefighters and EMS staff to a regional fire service.

The village north of La Crosse has been steadily growing over the last decade, but Holmen officials say state government-imposed revenue limits have given them on average less than $50,000 to spend in new property tax revenue per year for the past decade.

"Despite all this growth, it’s the levy limits the state has put under us, (which) doesn’t allow us to gain the full advantage of growth to raise the tax dollars to pay for these services," said Village President Patrick Barlow.

Barlow said without additional funds to hire police or firefighters, emergency calls for non-life-threatening incidents could get even longer. He also expects it will be more of a challenge to recruit and retain firefighters.

"It is a concern because we know the population is growing, the call volumes are growing," he said. "We are trying to do what we can to make the issue apparent to citizens and that’s why we are asking for help."

But Alan DeYoung, executive director of the Wisconsin EMS Association, said relying on referendums to pay for emergency services won't work in more rural areas. He also said he'd be hesitant to move away from the state's volunteer firefighter model.

"We just don’t have the tax base in many of these rural areas," DeYoung said. "Where are you going to get the funding from? You need some type of funding and they can’t tax their local residents because there is no possible way to do that ... We have to rely on a combination volunteer/paid model, but we need to keep moving towards that more paid model as we go on."

DeYoung said state lawmakers need to take the lead and said he hopes there will be some movement in the next state Legislature to pump more money into the EMS system. He likes the idea of having households pay an annual subscription, like Netflix, for EMS services.

In Whitewater, Fire Chief Kelly Freeman said the number of volunteer firefighters they have has gone down dramatically — from 100 volunteers 16 years ago, to about half that.

If the $1.1 million referendum passes, the city will be able to hire 17 full-time firefighters and paramedics.

"We’ll be able to provide benefits to the staff," Freeman said. "The volunteer model just doesn’t work anymore. People have full-time jobs. They need to support their families. They’re just not able to leave work anymore to respond to calls."

A recent study by the Wisconsin Policy Forum found many EMS services around the state are in trouble.

Jerry Deschane, executive director of the League of Wisconsin Municipalities, said legislative leaders and Gov. Tony Evers are aware of the challenges facing many of the state’s EMS programs. He said funding has been a decades-old challenge.

"In Wisconsin, since we created the income tax in 1911 to replace a local property tax, funding these local services has been a shared responsibility, and for the last 30 years state support for ambulances, police, fire and all of the local services has gone down in real dollars," Deschane said

"At the same time, state tax revenues have tripled. We’ve got to reignite this partnership before we have serious problems," he added.

"They’ve done a really good job for decades of making it work, of pulling it together, duct-taping it," he said.