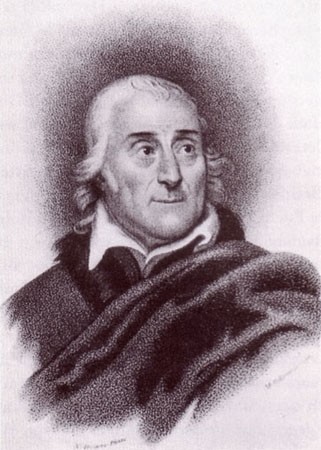 The Italian, at age 56, was a little old to be starting a second career as a grocer, but Lorenzo Da Ponte had a compelling reason for abandoning poetry and music and coming to the New World.  He wanted to stay out of prison.

Even the brightest moments of his first career had been marred by scandal.  At twenty he had taken holy orders largely for financial security.  Still in his twenties, Da Ponte became a professor of literature.  He wrote Latin and Italian poems, including one in praise of wine.  In 1773, shortly after he had been ordained a priest, he went to Venice where he fell in love with a noblewoman.  He became professor of humanities in the seminary at Treviso, but in 1776 his opinions on natural laws caused his dismissal. In fact, he was forbidden to teach anything whatsoever within the jurisdiction of the City of Venice. In 1779 he was banished from the city for 15 years because of adultery.

In 1780 he went to Dresden to learn the art of writing opera texts.  Then he turned up in Vienna, where Antonio Salieri got him an audience with Emperor Joseph the Second, who appointed Da Ponte librettist for the newly founded theater.

He wrote for an unwieldy trio of composers--Mozart, Salieri, and Martin y Soler, who had been the butt of one of Mozart's obscene songs.  For Mozart, Da Ponte's successes included The Marriage of Figaro and Cosi fan Tutte.  But within a few years he had again turned success into failure by antagonizing the Viennese with his haughtiness.  The death of the emperor in 1792 left him without work, and he spent much of the 1790's in London trying to keep out of the poorhouse. By 1805 he was forced to flee his debts, but his New World ventures, including the grocery, came up short.

Finally, near the end of his life, Da Ponte struck one more high note. On May 23rd, 1826 an earlier collaboration paid off in New York with the celebrated American premiere of Mozart's Don Giovanni.