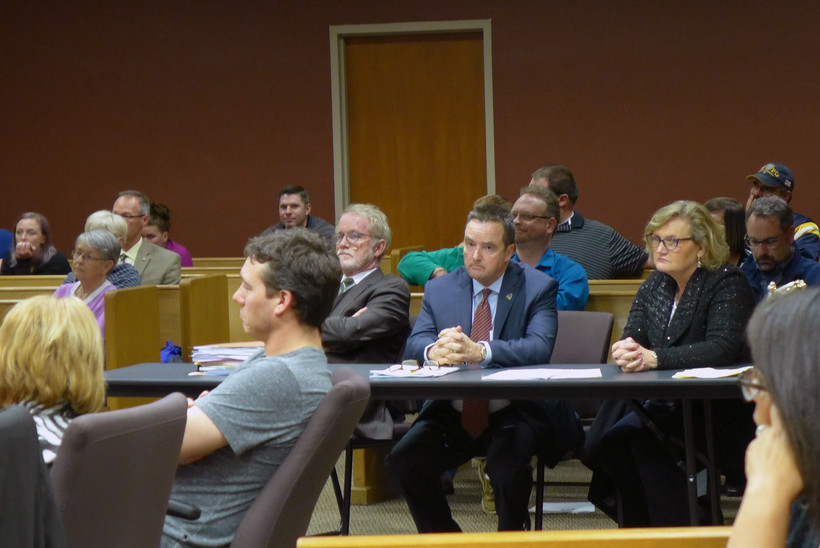 A citizen complaint triggered the removal vote against Mayor Jim Schmitt after he pleaded guilty last fall to three misdemeanor counts of campaign finance violations. He paid a $4,000 fine and did 40 hours of community service.

Despite keeping his position, a significant majority of the council voted against Schmitt with a tally of 8-4.

Alderman Guy Zima, a consistent critic of the mayor, said other city employees have been fired for less serious offenses.

"It's untenable that we would do anything but remove the mayor. It would send a very wrong message to the entire public," Zima said.

Schmitt could face a recall election, though no potential opponents have stepped up.

He told reporters he is committed to serving the city.

"This has been tough. It's been tough on our family and this has been close to three years," Schmitt said. "To face a recall is very difficult. It's not something I want do to, but I'm doing to do what's best for Green Bay."

Council members who voted to retain Schmitt said it should be voters' decision whether or not to remove Schmitt and not the council's.