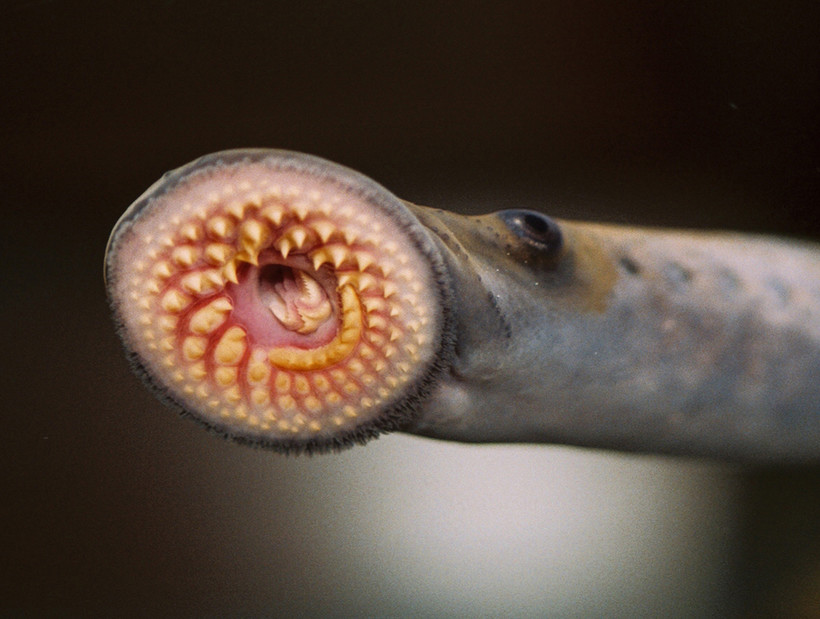 Technologies Would Be Tested To Sort Native Fish From Invasives
By Danielle Kaeding
Share:

The Great Lakes Fishery Commission has unveiled plans at its annual meeting for a $22 million FishPass project in Michigan that seeks to better combat invasive species by sorting them out from native fish.

Numbers of invasive sea lamprey are below target levels in some of the Great Lakes while up in others, the Great Lakes Fishery Commission announced Wednesday at the meeting in Detroit, Michigan.

Sea lamprey killed five times the commercial harvest — more than 100 million pounds of fish — before the United States and Canada teamed up more than 60 years ago to control the invasive species that feeds on fish, said Marc Gaden, communications director for the commission. Since then, numbers have been reduced by 90 percent in most areas of the lakes.

"We have some very good news in Lakes Huron and Michigan where lamprey are at pretty much 30-year lows," said Gaden. "There are hardly any lamprey in either of those lakes, and we feel very good about being close to target."

Gaden said Lake Ontario has fluctuated at or below target levels while Lakes Superior and Erie have seen numbers above desired levels. Sea lamprey have been coming from outside Lake Erie, but he said they haven’t pinpointed a source.

"When we do, we’ll get them," he said. "But, they swim downstream into Lake Erie and have led to a spike in that lake that’s been annoying difficult to drive down."

Gaden said the commission is moving forward on the $22 million project on the Boardman River in Traverse City, Michigan, that will include installing a barrier about 100 feet upstream from an existing dam that will eventually be removed. He said they’re developing a system where researchers and scientists can test technologies with the goal of better controlling invasive species.

"We’re going to spend the next decade testing technology below a barrier to see if things that can sort fish automatically can be identified and then used in the environment," Gaden said. "This is really exciting because it’s the only place in the world where anybody is testing technologies and trying to find ways to sort fish automatically so that good things can get past the barrier and bad things can be blocked."

Gaden said that technology may include sorting out fish based on their physical appearance or behavior. He said the project could be a game-changer for management of the Great Lakes fishery, which is worth about $7 billion annually.