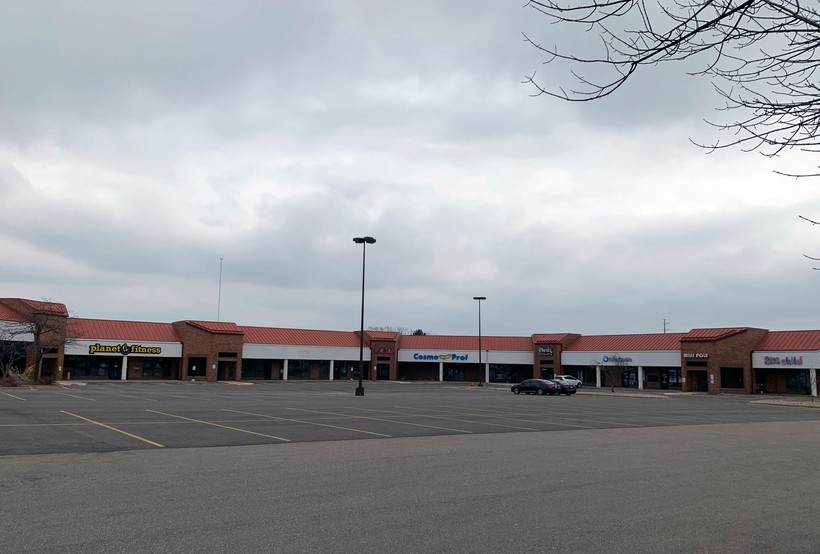 A shopping center parking lot on Madison's West Side is nearly empty on the afternoon of Tuesday, March 24, 2020. Hannah Haynes/WPR

More Wisconsin businesses deemed "non-essential" by state government will have to close for the time being under the latest restrictions from the governor and state health officials intended to slow down spread of the new coronavirus.

Some businesses that are considered essential — including grocery stores, pharmacies, gas stations and auto repair shops — will stay open under the state Department of Health Services' "safer-at-home" order that takes effect at 8 a.m. Wednesday. But some employers are reducing hours because they are concerned about the safety of their staff and aren’t able to find enough workers willing to come in during the pandemic.

That’s the situation Bob Lochner finds himself in as the owner of four ACE Hardware stores in Wisconsin. Hardware stores are able to stay open under the new restrictions, but Lochner said many of his employees are older, part-time workers.

"We’ve been spending a great deal of time trying to adjust and protect our staff and still be open to the public," said Lochner. "It’s very hard to decipher what’s right and what’s wrong. Information overload is an issue. But we’re trying."

Lochner said he supports his staff who are concerned for their own safety because customers touch a lot of products they don’t buy and may linger in the store longer than necessary — something store owners usually want, but not during a pandemic.

Signs that will be placed at ACE Hardware stores tell customers in order to stay open, they need to protect workers' health and ask customers to keep their distance from others, call-in orders if they have flu-like symptoms and to minimize browsing.

Some businesses facing temporary closure under the stay-at-home order include retail clothing stores.

Pam Schwarzbach and her husband, Troy Kattreh, co-own an outdoor clothing store in Madison called The Hive. They chose to voluntarily close their doors last week before the state order, which Schwarzbach called "long overdue," despite the financial hit they're likely to take.

"It's a very hard decision to tell your employees you're not sure you can pay them but also to have stopped before business slowed down," Schwarzbach said. "I know some businesses stayed open because they were still seeing traffic, and we chose to walk away from that."

The state's largest business group, Wisconsin Manufacturers & Commerce (WMC), asked for broad exemptions to the public health order closing many businesses. Even with those exemptions, WMC predicted some retailers and manufacturers won't survive.

"A lot of businesses face uncertainty and hardship. Many will not be able to reopen when the shelter in place order is lifted, and their employees will need to find new jobs. But, I am confident that private sector businesses will lead the recovery when the crisis passes," said Kurt Bauer, WMC president and CEO, in a written statement.

The state's new restrictions will be in place until April 24 or until a new order is issued.