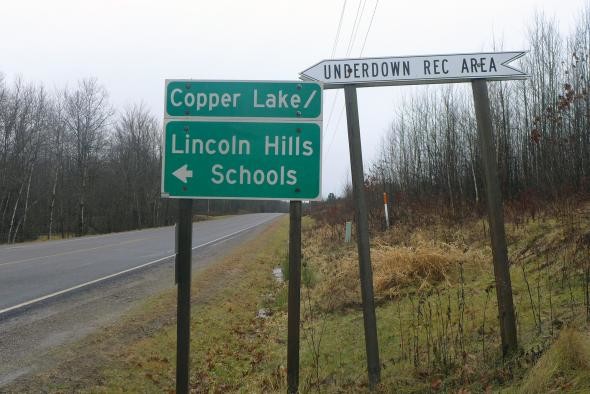 Juvenile Prison To Be Turned Into Adult Facility; 5 Regional Youth Prisons To Be Opened
By WPR Staff
Share:

In a press release from Walker’s office, the proposal is described as providing a "long-term solution for Wisconsin’s juvenile corrections and treatment systems."

The plan comes after "extensive" discussions with state, local and judicial system officials, and other stakeholders, according to the release.

"By moving from one facility to several facilities across the state, and placing a focus on mental health and trauma-informed care, we believe this plan will improve long-term outcomes for both juveniles and our staff working at these facilities," Walker said in the release. "Republicans and Democrats alike agree this is the way forward to reform juvenile corrections, and I thank state and local elected officials and interested organizations for partnering with us to develop this plan."

Former inmates, youth justice advocates, and local and state officials have called for reforms to take place at the youth prison or for the prison to be closed. Officials have also called for plans to help overcrowding in prisons across the state.

Lincoln Hills, north of Wausau, remains under a federal investigation into abuse of inmates by guards. In December, federal prosecutors informed two former guards at Wisconsin's troubled youth prison that they are targets of an investigation into excessive use of force.

According to the Milwaukee Journal Sentinel, Walker's proposal comes six years after a judge first notified his office of problems at the facility and six month after a federal judge placed restrictions on how the facility runs. 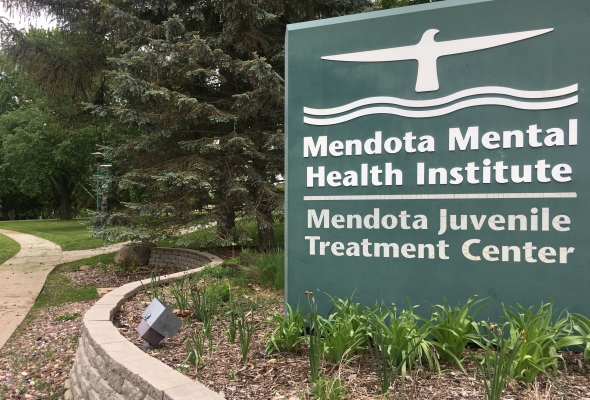 Juveniles at Lincoln Hills and Copper Lake School for Girls will be relocated to five new juvenile prisons. Each prison will have 32 to 36 beds, according to Walker’s plan.

The proposal also expands the treatment program for juvenile offenders with mental health diagnoses at Mendota Juvenile Treatment Center in Madison, a facility well-known for its mental health treatment of juvenile psychopaths.

Currently, the treatment program serves only juvenile males. Under the plan, the state Department of Health Services will expand its mental health treatment at the facility to serve more male juveniles as early as fall 2018 and create a facility at the center to treat female juveniles with mental health needs.

Also under the proposal, the Wisconsin Department of Corrections will be required to create employment opportunities for Lincoln Hills and Copper Lake employees at the new adult or juvenile prisons.

"Some of them are relieved because they won't have to deal with the amount of violence and danger on the job," Curtis said. "Some were hired on with the intention of helping these kids. That's why they came there. That's why they took the job."

Sen. Lena Taylor, D-Milwaukee, has been calling on Walker to close the troubled juvenile prison for months.

In a statement released Thursday on Twitter, Taylor said Walker's proposal is a "day late and a dollar short." She also said the announcement is "just in time" for his re-election bid in fall 2018.

"After years of neglect, and ignoring the many legislative proposals that I introduced to bring relief to juveniles and correctional officers, Governor Walker is just now getting to do his job right in time for another election bid," said Taylor. "As governor, he has failed to visit a single correctional or juvenile facility in his entire tenure. It’s clear where his priorities are, and that this is just another attempt to play politics and get this scandal, recently confirmed by his former Corrections Secretary, off his back."

"Walker refuses to help the people hurt by his policies unless it fits his political ambitions," said Shilling in the statement. "The timing of this announcement is so transparent and does nothing to address the immediate safety concerns for staff and youth."

Walker’s announcement calls for the DOC and DHS to include the money needed to create the new facilities in their 2019-21 budget requests, meaning it could be multiple years before new inmate housing is completed.

Walker said the money for the project will be in the 2019-21 budget, but a spokesman for the governor said that if the Legislature wants to speed up the timeline, the governor would support it.

Ed Wall, a former DOC secretary under Walker and recent vocal critic of the administration's handling of Lincoln Hills, said the plan is "a very good move."

"It’s a move that my administration recommended to the governor back in October of 2015. We suggested that they take Lincoln Hills and convert it into a minimum/medium adult institution that would focus on alcohol and drug treatment and also on skills building," Wall told WPR on Thursday.

The administration's plan is for the new adult facility to increase the DOC’s capacity for inmates with alcohol and drug abuse treatment needs.

Advocacy group Youth Justice Milwaukee, which has called for the closure of Lincoln Hills and Copper Lake, said the decision is long overdue and is a win.

"We were like, 'You know what, this is a win.' This is win for not only the coalition but the children, community members and the state. This is absolutely a win for the state of Wisconsin," Sharlen Moore, a founding member of the youth organization, said.

A press release from the organization went a step further, stating it took the Walker administration too long to take action and urged caution if the state moves forward.

"Replacing these prisons with smaller facilities is a step in the right direction — but it must be done carefully so we don’t end up with five smaller versions of Lincoln Hills and repeat past mistakes," reads the group's release. "It is critical that state officials work closely with advocates and experts to develop a future system that keeps the vast majority of youth near their homes, their families and the support systems that can truly provide rehabilitation."

"It’s essential that we find a workable solution that will bring about better outcomes for juveniles offenders, their families and their communities. I look forward to the future discussions on this proposal," Vos said. "We must focus on how we can work with Wisconsin counties in order to make the system more effective and accountable for juvenile offenders without putting undue burden on state taxpayers."

State Rep. Evan Goyke, D-Milwaukee, author of a bill to re-purpose Lincoln Hills to an adult facility and adopt a regionalized risk-based model for juvenile corrections, applauded the governor’s actions. In a release, he said the administration's announcement is "exciting progression in reforming Wisconsin's corrections system."

"I am glad that Governor Walker is taking from best practices around the country and moving to a regional model of juvenile corrections," Goyke said in a release. "The renewed emphasis on mental health and drug treatment may be the key to addressing the problem of repeat juvenile offenders. I think that emphasis makes this approach somewhat unique and potentially highly successful."

The Lincoln County Board of Supervisors Chair Robert Lee made remarks on looking forward to ensuring the transition creates a safe atmosphere for everyone involved.

"We look forward to working with the state to ensure an effective transition of Lincoln Hills and Copper Lake Schools from a juvenile facility to a medium-security adult facility," Lee said in a release.

"I believe this change will continue to build on the many reforms put into place by the Wisconsin Department of Corrections over the last two years. Building on our close collaboration with the Council of Juvenile Correctional Administrators and others, we look forward to working with counties, courts, families, and others to further our focus on providing education and treatment to youth in a safe and secure setting," Litcher said in a release. "Ultimately, I believe it is our responsibility to provide hope for youth in our custody so they can return to the community and lead fulfilling, productive lives."