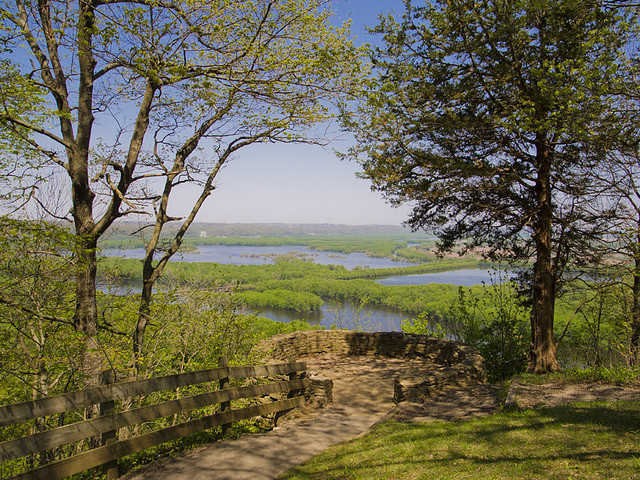 Gov. Tony Evers has directed the Wisconsin Department of Natural Resources to close 40 state parks, forests and recreational areas after thousands turned out in droves to several parks last weekend.

Wisconsin’s governor said he wanted to keep parks open for the public, but he said the move was necessary to protect the public in the midst of growing health concerns.

"Unfortunately, growing difficulty with ensuring social distancing compliance, dwindling cleaning supplies and mounting trash are some of the challenges faced by our state parks staff," wrote Evers in a release.

Wisconsin DNR Communications Director Sarah Hoye cited theft of hand sanitizer out of restrooms at multiple locations, as well as vandalism at Kohler-Andrae State Park in southeastern Wisconsin. She said state parks, forests and recreational areas have seen heavy traffic, prompting the shutdown of many to prevent people from "hopscotching" to other properties.

For example, she said Harrington Beach has seen more than 5,600 visitors so far in April.

"They get 10,000 for the entire month so that tells you just the sheer number of people who are getting out under the 'safer-at-home' order," said Hoye.

Several parks saw record attendance including High Cliff State Park in northeastern Wisconsin, which had more than 16,000 visitors this last weekend. Lapham Peak at Kettle Moraine State Forest in southeastern Wisconsin experienced more than 11,000 visitors on Saturday and Sunday. The majority of closures are in south-central Wisconsin, including Devil’s Lake and Mirror Lake State Parks.

DNR Secretary Preston Cole acknowledged the benefits of getting outdoors, but he said keeping these areas open would risk lives.

"With the weather warming we are seeing increases in visitors and a myriad of challenges surrounding social distancing," said Cole in a release. "In order to the protect the public, this is a necessary step."

In a statement, state Rep. Scott Allen, R-Waukesha, said the governor's order to close parks had gone too far, adding people shouldn't be punished for enjoying the outdoors.

"By the governor’s own admission, the decision is based on litter, crowds, and vandalism. The administration should have anticipated an increase in popularity of the parks. What else is there for people to do? Resources should be reallocated to address the demand," wrote Allen.

Hoye said staff are reporting some issues from northern areas of the state, but she said they haven’t risen to the level of concern as portions of southern Wisconsin. Vacation areas like Door, Bayfield, Ashland and Vilas counties had issued travel advisories prior to the governor’s safer-at-home order urging seasonal and second homeowners not to visit.

The DNR had previously waived fees and closed park offices and visitor centers to avoid spreading the novel coronavirus. The governor and agency warned more parks may close if people violate the governor’s order and refuse to follow social distancing guidelines.

Parks, forests and recreational areas that are set to close are listed below.