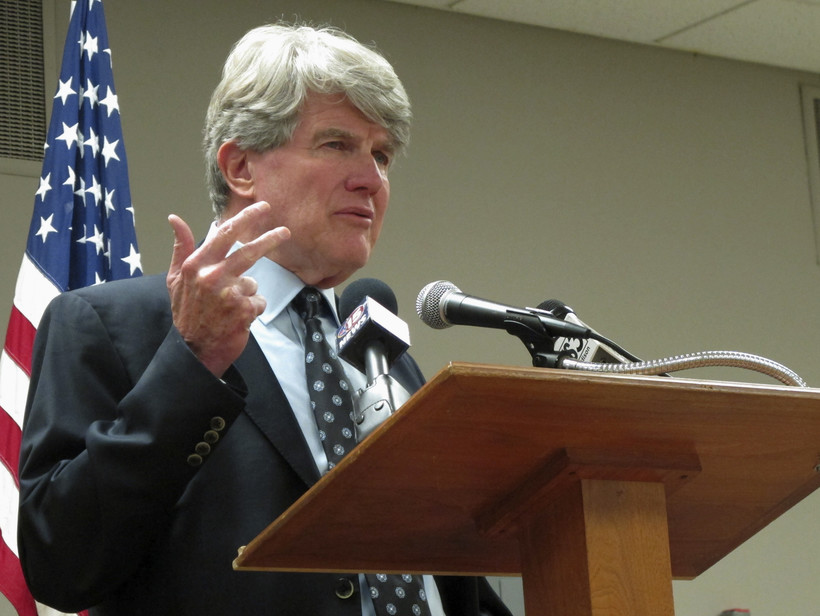 Republican Party Calls For Candidates To Disavow Flynn
By The Associated Press
Share:

Gov. Scott Walker is calling for Democratic candidate Matt Flynn to drop out of the race for governor, joining with two Democratic state lawmakers, victims of priest abuse and the Wisconsin Republican Party.

Walker tweeted the call for Flynn to drop out Wednesday and said his "actions disqualify him from serving." He called for the other seven Democratic candidates to join with him.

Former Democrat Party Chairman Matt Flynn should get out of the race. I call on all other candidates to join me in stating that Flynn’s actions disqualify him from serving and that he should drop out.

None of the other candidates immediately responded to a request for comment.

Critics of Flynn say his past work defending the Milwaukee Archdiocese against allegations of abuse by priests and his more recent explanation of the extent of his work should disqualify him.

The executive director of the Wisconsin Republican Party is calling for the Democratic candidates for governor to disavow Flynn because of his past work.

Wisconsin GOP director Mark Morgan said Wednesday that the Democratic candidates "won't even stand up for the victims of sexual abuse or their families" and "that is disqualifying."

Flynn has repeatedly defended his meetings with priests and positions taken to defend the Archdiocese and refused to step down. Flynn said Wednesday that Republicans are trying to smear him because they know he would "eviscerate" Walker on the debate stage.

None of the other seven Democratic candidates for governor has publicly discussed Flynn's work.