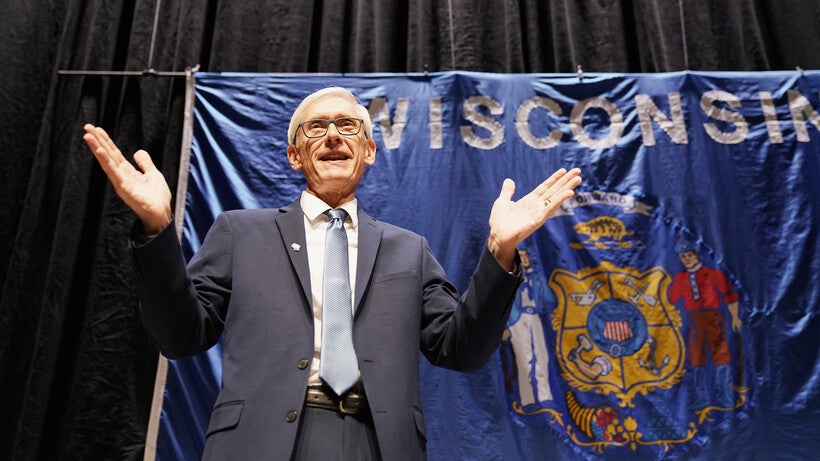 Gov.-elect Tony Evers launched a transition website on Thursday, aiming to connect with Wisconsinites as he prepares to take over the governor’s office.

The site, evers.wi.gov, includes a form for the public to ask questions or send comments to his transition team.

"We want Wisconsin residents to be an active part of their government and share their ideas on moving the state forward," Evers said in a prepared statement.

The site also includes a job application for positions within the Evers administration. Hiring a staff for the governor's office and tapping a number of individuals for high-level cabinet positions is a key task for transition teams.

"It's a very complex (human resources) experiment," said Keith Gilkes, who was Gov. Scott Walker's first chief of staff and served on his transition team in 2010. "You're trying to fill a lot of roles in a short amount of time, everything from front-line employees all the way up to top-level senior cabinet officials."

"All the people you haven't heard from in five, six years all of a sudden start to come out of the woodwork to tell about how they would be the best person to run a department or take a certain position in the administration," he said.

Evers announced some members of his administration earlier this week, including his future chief of staff, Maggie Gau. Gau served as his 2018 campaign manager.

Gilkes said personnel should be the first priority for a transition team, but noted they also need to focus on developing policy and communicating those policy goals to the public.

"There's just so much to do and so little amount of time," he said. "I suspect that right now the Evers team is just trying to manage to get through their day and feel like they're moving the ball forward every day."

Gov. Scott Walker also weighed in on the transition of his successor Thursday during his first public appearance since the election.

"I just remember from eight years ago, when you're in a transition it's like drinking water from a fire hydrant," Walker said.

Earlier this week, state lawmakers approved $94,600 in state funds for Evers to finance the transition.

The governor-elect is scheduled to be inaugurated at the state Capitol on Monday, Jan. 7.