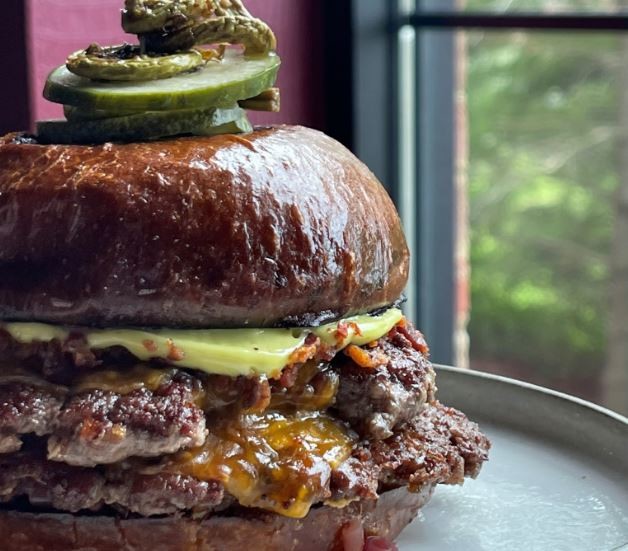 Got A Favorite Burger Recipe? Share It — You Could Win $1K

Maybe your idea of a great burger is a lightly-seasoned quarter-pound beef patty that's grilled, topped with Wisconsin cheese and dipped in ketchup.

Or maybe it's pork sandwiched between two doughnut halves.

Whatever your preference, a Madison-based food group is asking people to submit their best burger recipes through Aug. 8 for a chance to win $1,000 in its first Burgers & Brew Recipe Showdown 2021.

The competition is sponsored by REAP Food Group, a nonprofit whose mission is to make ethically-grown food available and accessible to everyone, said Noah Bloedorn, the Farm Fresh Atlas manager for the group. The Farm Fresh Atlas is a publication that REAP puts out to help consumers find trustworthy local food sources known for raising their food ethically.

Participants will be scored on flavor, appearance, use of Wisconsin-grown or produced ingredients, creativity and craveability. A panel of judges with REAP members and food partners will meet to determine the winner on Aug. 9.

"They'll use their knowledge of flavor profiles to judge the taste aspect of the rubric," Bloedorn said. "However, once the judges establish a top tier of burgers, they will cook off the finalists to make a final decision."

The winner will be announced on Aug. 15, along with the menu for a fundraising event that will be held on Saturday, Aug. 28. at Capital Brewery in Middleton. At the Burgers & Brew: Drive Thru event, attendees will have an opportunity to taste burgers from the contest, though not necessarily the winner's.

"The burgers selected for the menu will (be) scalable and have a broad appeal for our audience," he said.

Bloedorn said this is a spin-off of an annual fundraising event, Burgers and Brew, that connects shoppers to Wisconsin producers and showcases farmers, cheesemakers and brewers across the state.

Typically, chefs such as Evan Dannells — owner of Cadre Restaurant in Madison — serve up their burger marvels at the event. But this year, Dannells is switching roles to become a judge in this competition that brings the burger challenge to the public.

"COVID kind of presented an interesting challenge," Bloedorn said. "So we wanted to bring it to the average local food lover."

Participants will submit their burger recipes and pictures or videos of their creations for review by the judges.

What Makes A Good Burger?

Dannells said a big part of a making a good burger is using quality ground beef.

That's not as good as ground chuck or ground sirloin, which Dannells said is more flavorful and has a more appealing texture.

Dannells believes burgers should showcase balance — they should be moist but not too moist, with a decent amount of acid and salt.

Additionally, put some thought into the bun, he said.

"I think people often overlook bread as an important component of a burger," he said. "Having a really good bun is really important."

Although Dannells doesn't believe there's anything wrong with a plain 'ole hamburger, which he said can be "a pretty beautiful thing," cooking burgers is a great opportunity to get creative.

"The sky's really the limit," he said. "There's not a lot that's forbidden in the hamburger world. I'm never shocked when I see something crazy on a hamburger." 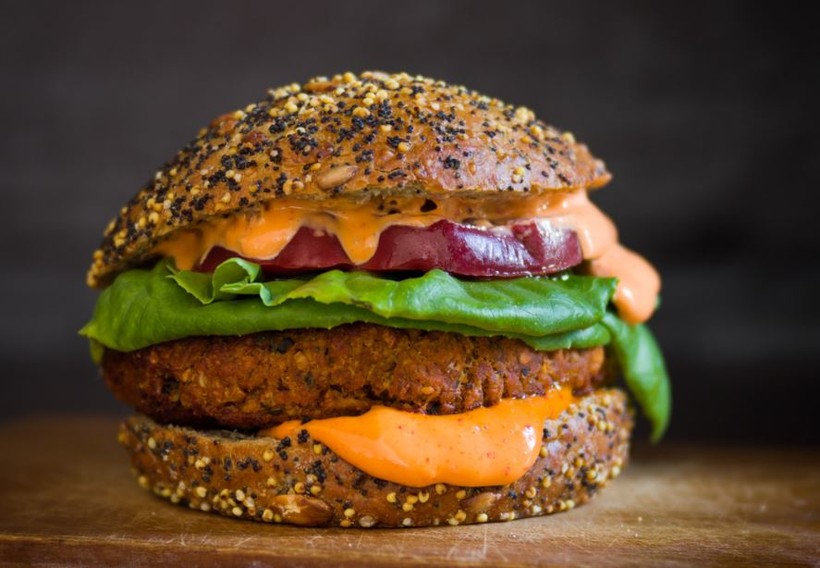 Although making your own veggie burgers can sound intimidating, Dannells said they're actually quite simple to make.

His veggie burger recipe focuses on highlighting the vegetables. Burgers that taste like meat replacements just aren't as good, he said.

"I feel like the whole "impossible meat" — sort of fake-meat — thing is a turnoff to a lot of vegetarians," he said. "Plus, we're in the middle of the summer right now, so I want to show off veggies wherever I can."

Dannells' recipe uses lentils as protein and brown rice for starch. The lentils and rice are boiled together in flavorful stock and then mixed with oats and whatever sort of vegetables suit his fancy.

"I mean, if I was making a composed burger to that effect, I would probably want to repeat a lot of the flavors that I'm going to have in the condiments of the toppings inside of the burger," he said. "But the world is kind of your oyster... Veggie burgers can be even more diverse than regular hamburgers."

Making your own veggie burgers is often cheaper than buying them, Dannells said; plus it's an opportunity to include fresh ingredients.

They're not super time-consuming, either. Dannells' recipe takes about 45 minutes from start to finish, he said.

"And most of that is just things simmering in a pot."