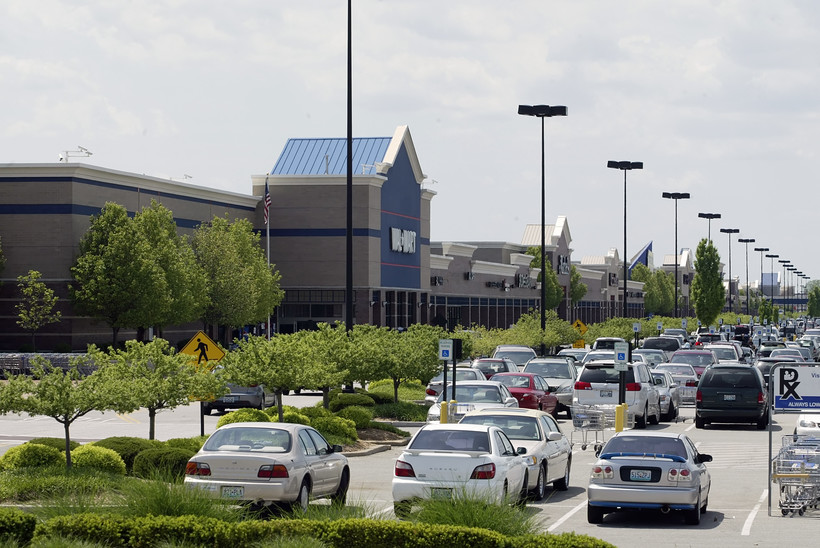 Big box stores in Wisconsin are being targeted in a pair of Republican-backed bills unveiled Wednesday at the state Capitol.

The bills unveiled Wednesday set up a fight pitting retail giants like Target, Menards and Walgreens against Wisconsin cities and villages. The issue is how the value of the operating stores is determined for property taxes.

The stores have been successfully arguing their value should be based on the underlying real estate, so nearby empty big box stores can be taken into account.

Republican lawmakers who unveiled the bills Wednesday say the two bills would curb the use of what they call a legal tax loophole that allows big box stores to reduce their property taxes.

The proposed legislation aims to prevent the potential big tax shift from corporations to mom and pop shops, and homeowners.

"When I first started looking into this issue for me, it was all about fairness. At the end of the day, we’ve got to pay the bills," Roth said. "Municipalities have to pay the bills; and when they’re losing money in the assessments on the commercial side, they’ve got to make it up in other areas, and we do not want to see that cost shift go to our residential property tax payers."

To try and prevent that, Rep. Rob Brooks and Sen. Duey Stroebel, both Saukville Republicans, authored a bill saying big retail stores should be assessed at their highest and best use.

Another bill authored by Roth and Brooks would not allow thriving stores to be valued based on rundown or abandoned properties, so-called "dark stores."

Jason Culotta, senior director of government relations for WMC said in a video release that, "Those arguing for dark store legislation claim that business property owners are using the sale of rundown, abandoned properties to set the value of modern large properties. And this is simply not true."

WMC has characterized the bills as a tax increase. Stroebel disagrees.

Wauwatosa Mayor Kathy Ehley said ever since a 2008 state Supreme Court ruling, they’ve had an increasing number of challenges to tax assessments on corporations she said she believes aren’t paying what they should.

"We recently had a Walgreens property that came in to contest their assessment; and within a week after that, the property sold for $8 million, and they were claming it was worth under $4 million," Ehley said. "It's pretty hard for us to understand how this can be equitable, how this can be justified."

Editor's Note: This was last updated at 3:22 p.m. Wednesday, May 3, to include original reporting from WPR.