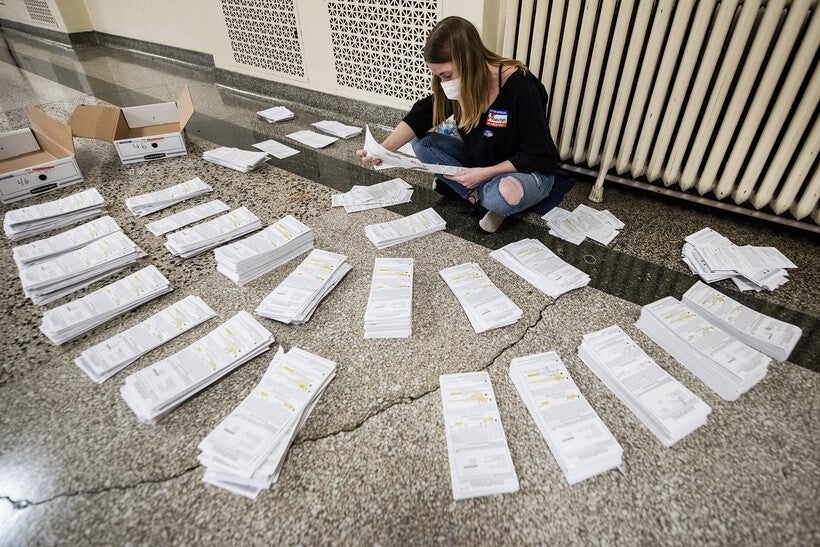 Republican members of the Wisconsin Elections Commission called Tuesday for the resignation of the commission chair over her official sign-off on President-elect Joe Biden’s victory in the state.

Elections Commission Chair Ann Jacobs signed off on the results of Wisconsin’s 2020 presidential election and recount Monday afternoon, making it possible for Gov. Tony Evers to certify the win and authorize the state’s slate of 10 Democratic presidential electors.

During a Tuesday meeting, Republican members of the Elections Commission revisited an argument that first surfaced during a late-night meeting in mid-November. They argued all six commissioners should have had a role in approving the state’s final presidential election and recount results.

The Elections Commission is made up of three Democratic appointees and three Republican appointees. The chair position rotates every two years between a Republican and a Democrat.

"The law is very clear and you have violated the law," Knudson said. "I’ve lost all confidence in you as the chair."

According to Wisconsin Elections Commission staff, who are nonpartisan, state law requires the chair of the Elections Commission to review the final canvass statements from county clerks for the presidential election, determine the results of the election and sign a "certificate of determination," which is then sent to the governor.

Meagan Wolfe, administrator of the Elections Commission, said this process has been in place for "more than 20 elections" and that the full commission has never voted on the final determination.

"The Chairperson of the Commission, or their designee, has always signed the determination and certificates of election, as is outlined under state law," Wolfe said in a prepared statement on Monday.

Commissioner Mark Thomsen, who was appointed by a Democrat, noted he followed that process when he was the chair of the commission in November 2016, following President Donald Trump’s victory in Wisconsin. Thomsen said there were no objections to the process then.

"The only thing I see that's different is Ann Jacobs is a woman and I'm a white guy," Thomsen said.

"We will proceed as we have in every other election," she said.

Knudson called for Jacobs to resign and proposed halting any business — including approving other 2020 election results — until she did so, but his motion failed on a party-line vote.

Knudson also criticized Jacobs for signing off on the results before commissioners had more information about a post-election audit of voting equipment. The audit, which is conducted after every election, randomly selects 5 percent of voting machines across the state to be cross-checked with a hand counting of ballots.

Despite his criticism, Knudson said he has "complete confidence in the voting equipment used in Wisconsin."

Knudson noted the audit looked at 15 percent of the Dominion brand voting machines used in Wisconsin. Trump has tweeted baseless claims that Dominion machines "deleted" votes from his supporters.

"I am in a position to look at the claims of fraud in Wisconsin and I have yet to see a credible claim of fraudulent activity in this election," Knudson said.