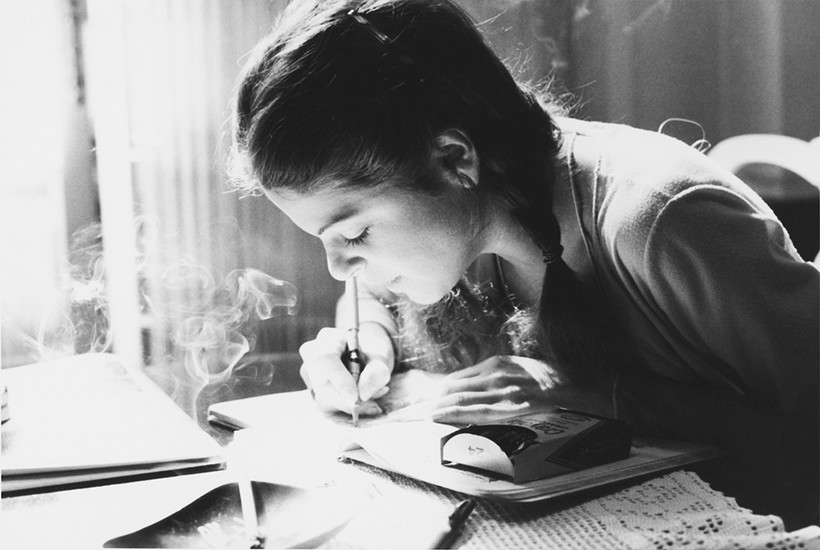 Gilda Radner Shares Her Own Legacy In 'Love, Gilda'

It is impossible to measure the legacy of comedian Gilda Radner. She was the founding member of the original "Saturday Night Live" cast (dubbed the "Not Ready for Primetime Players") and created some of the show’s most iconic characters.

Executive Producer Lorne Michaels says Radner was the first cast member (along with Chevy Chase) that audiences really connected with.

Furthermore, her courageous and pioneering fight against ovarian cancer has transformed how we cope, educate and support families impacted by cancer with the launch of Gilda’s Club, a nationwide community of support centers.

"I just thought she had a really, really important legacy. Not only as an iconic female comedian, but also as somebody who really inspires people who are going through cancer," filmmaker Lisa D’Apolito told WPR’s "BETA."

D’Apolito was creating fundraising videos for Gilda’s Club when she was inspired to put together the documentary about Radner’s life and career for CNN Films entitled "Love, Gilda" released in 2018.

The documentary’s title references Radner’s warm signatures in letters to friends, families and fans, but also embraces the spirit of who she was.

"Love is the whole message of Gilda," D’Apolito said. "Gilda was not just somebody who wanted to be loved, she was somebody who really loved."

It isn’t only Radner’s love that permeates the film. It’s her voice. D’Apolito was given rare access to Radner’s personal archives of videotapes, audio tapes, photos, writings and journals. Radner's best friend, Judy Levy, worked with D’Apolito to convince Radner’s brother in Detroit to share these private keepsakes.

The result is a remarkably moving documentary voiced by Radner herself.

"So once I heard her audio tapes, I was like 'Oh my God, if Gilda could tell her story in her voice that would be amazing,'" D’Apolito said. "With a lot of audio work and a team of an amazing dialogue restorer, I think it worked in the end."

One of the more poignant approaches D’Apolito employs in the film is handing this rarified material to the likes of Poehler, Hader, Rudolph, Strong and other comedians like Melissa McCarthy and having them read and react to it.

Radner was born to an affluent family in Detroit who began parenthood later in life. Her father was much older than her, but showered her in unconditional love.

"It was a family that humor was very, very important ... so she was always entertaining her father," D’Apolito says.

Radner’s father died when she was 14 and his death affected her greatly. Radner felt she was at a pivotal age, as a girl grows into womanhood, to lose her parent and experienced a kind of arrested development. This childlike innocence surfaces in many of the characters she would go on to create for "SNL."

D’Apolito believes this loss also drove Radner to seek out this same kind of unconditional love throughout life.

"She was always looking for that love. Whether it was the love of an audience or the love of a person, but that was really Gilda’s quest, was to always find that sort of love," she said.

After a failed marriage to musician and "SNL" band frontman, G.E. Smith, Radner met the love of her life, actor and comedian Gene Wilder, on the set of the 1982 film, "Hanky Panky."

"Gilda adored him," D’Apolito, who spent some time with Wilder before his death in 2016, said. "She wrote love stories to him. She talked about him all the time. She just adored him."

On Monday, Oct. 20, 1986, Radner received a call from her internist, diagnosing her with stage 4 ovarian cancer. Her diagnosis was dire. She only had a few months to live, but Radner would live for two and half more years.

"She was sad until she went to this place called the Wellness Community, which is the founding basis of Gilda’s Club and she met other people with cancer. She was able to talk to people who were going through the same things that she was going through," D’Apolitio said.

Radner was determined to bring awareness and exposure to cancer with celebrity and her humor. In 1988, she collaborated with her longtime friend and "SNL" writing partner, Alan Zweibel, for an appearance on his show, "It’s Garry Shandling’s Show."

"I love the fact that Gilda was able to go back on television, was able to talk about cancer and had that moment," D’Apolito said.

D’Apolito’s film features incredible footage, shot by Wilder, of Radner's time in the Wellness Community and her brave fight against cancer. After she died, Wilder would go on to found Gilda’s Club in her honor. There are now 18 centers across the country.

"There’s hundreds of thousands of people through the years that have been helped by these programs, so I think she has a pretty interesting legacy," D’Aopolito said.