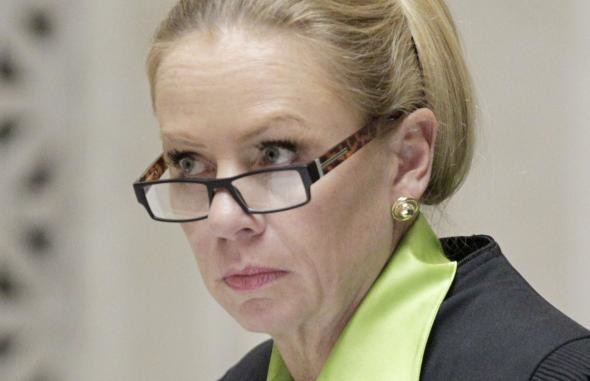 The chair of Wisconsin's Government Accountability Board says all four conservative justices on the state Supreme Court should have recused themselves from a case involving conservative groups and Governor Scott Walker's campaign.

The 4-2 Supreme Court decision referenced by Nichol was written by Justice Michael Gableman, who was joined by Justices David Prosser, Patience Roggensack and Annette Ziegler in the majority. The ruling closed a "John Doe" probe that had been looking into whether Walker's campaign illegally coordinated with conservative groups, and cleared the way for interest groups to coordinate extensively with candidates in the future.

Speaking to reporters Wednesday, Nichol said the four justices should have recused themselves because some of the groups under investigation had spent millions to get them elected. Nichol, who was a circuit court judge in Dane County, said judges should always recuse themselves when there’s so much as a hint of a conflict.

"You get off the case, and that protects the system," Nichol said. "It gives it integrity. And right now, I think the Supreme Court has a problem with their integrity."

Prosecutors asked two justices — Gableman and Prosser — to recuse themselves. Both refused. Prosser said he believed sufficient time had passed between his re-election campaign in 2011 and the John Doe ruling this year.

"Most judges in this state who I’ve talked to are appalled by that decision," Nichol said.

Many conservatives have cited the GAB’s involvement in the John Doe as the primary reason the agency should be eliminated. Assembly Speaker Robin Vos said it was a factor.

"I think that did raise the profile," Vos said. "As they went through the process, they did some things that I thought were patently wrong."

Nichol, however, rejects that contention: He said his agency was following the law.