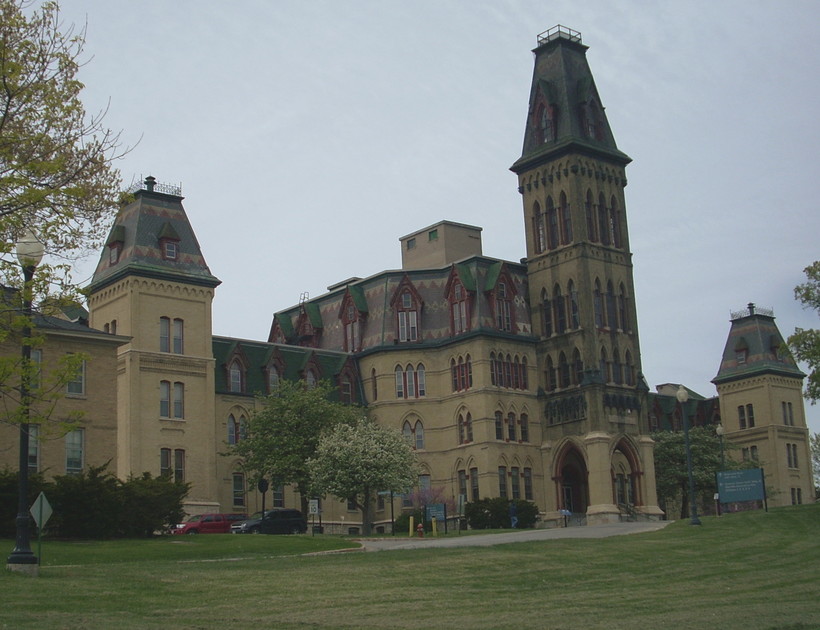 A plaque was unveiled today at the Soldier's Home in Milwaukee, designating the site a National Historic Landmark District.

The future protection of the home, however, may be in the hands of those who would cut the federal budget.

The Soldier's Home District was built for Civil War veterans, but has also housed veterans from several later wars. In the last couple years, some major roof repairs have been done on the home's main building, and a theater was added. The National Trust for Historic Preservation says it's pleased with those efforts, and says the Veterans Administration seems to have made it a priority to do additional repairs with the aim of having more veterans use the district.

But trust field officer Genell Scheurell says there is some uncertainty, given all the talk about reducing the size of the federal budget.

"That's always a concern. The amount of budget available for the Veteran's Administration and their properties...You really don't know until the budget is approved what's going to happen."

Scheurell says the Soldier's Home is one of 32 priority sites or national treasures for the Trust for Historic Preservation. She's based in Chicago, but is in Milwaukee at least twice a month, working with a consortium interested in protecting the Soldiers Home. The VA, National Park Service, Wisconsin Historical Society and Milwaukee Mayor Tom Barrett all took part in today's plaque unveiling.