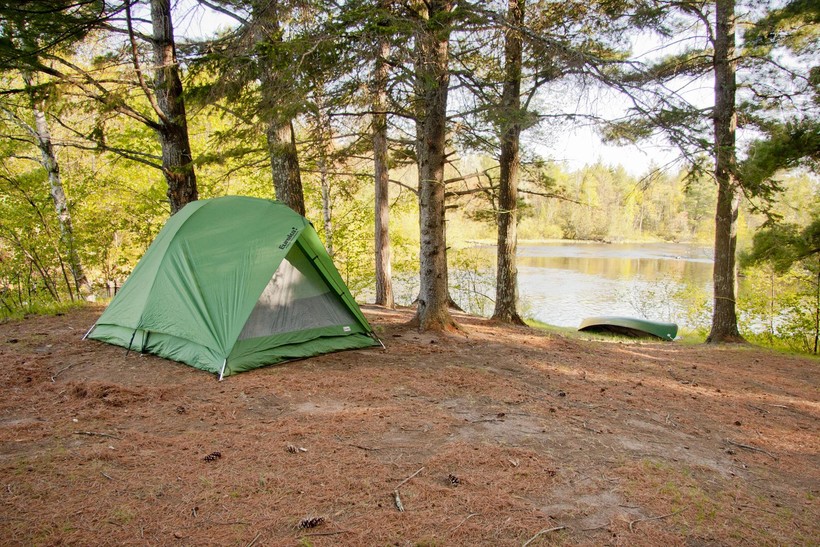 Campsite is set up on the Namekagon River. RTCA NPS (CC BY-NC-ND 2.0)

Fun In The Sun: An Outdoorsman's Tips On Wisconsin Camping Spots Without Crowds

Travel Writer Kevin Revolinski Shares Some Of His Favorite Parks Throughout Wisconsin
By Elizabeth Dohms-Harter
Share:

More Americans are becoming campers, with 2.6 million more heading out into the woods than last year, according to the 2018 North American Camping Report.

As more campers join the ranks of their fellow outdoors enthusiasts, travel expert and writer Kevin Revolinski has some ideas about where to go in Wisconsin.

After visiting and inspecting 120 campgrounds in Wisconsin, Revolinski published his top 50 campgrounds in his fourth edition of Best Tent Camping Wisconsin, co-authored with writer and adventurer Johnny Molloy. The top picks were chosen based on quality and lower foot traffic.

Below are a handful of parks Revolinski recommends:

A stone boathouse is one of the features of Rock Island, which camping guru Kevin Revolinski recommends as a site for campers to visit this season. Ryan (CC BY-NC-ND 2.0)

It takes two ferries to get to this state park at the tip of the Door County Peninsula surrounded by water.

The park has a 10-mile hiking path around the island and a lighthouse at the northern end. A stone boathouse shows the effort of a famous inventor who was trying to replicate his home country of Iceland.

This park is Wisconsin's oldest state park, established in 1900. Located right off the interstate in St. Croix Falls, the park in western Wisconsin has the St. Croix River rushing through it and features a waterfall.

The park is also the start of the western terminus of the Ice Age Trail, which runs for 1,000 miles through the state. The paddling below the falls is easy, Revolinski said, and there's not a big current. 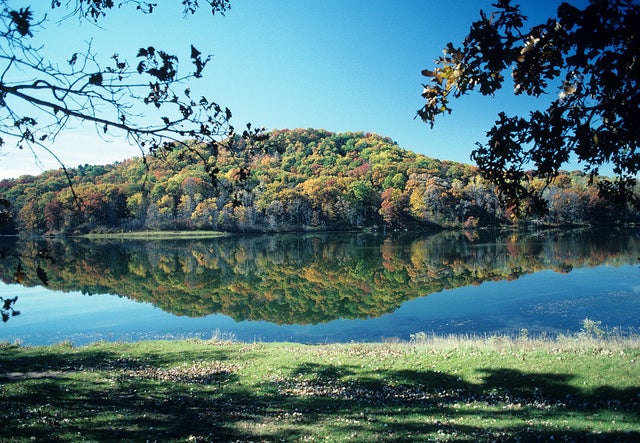 With a number of hike-in sites, this park located west of Madison in Dodgeville is one of Wisconsin's largest.

With valleys, hills, and bluffs, it features a lot of great hiking and views of the Twin Valley and Cox Hollow lakes.

Right on the Kickapoo River in Ontario, southwest of Tomah, this is a popular park for paddlers, Revolinski said.

Outfitters in Ontario can help inexperienced paddlers prepare for their journeys on the Kickapoo River.

The park also has beautiful views and allows horseback riding.

Harrington Beach is an option for campers who live close to Milwaukee and don't want to travel far. quirkyjazz (CC BY-NC-ND 2.0)

Harrington Beach State Park is along the shores of Lake Michigan and is situated in Belgium, located between Milwaukee and Sheboygan. The location makes it ideal for people who live in or nearby Milwaukee and don't want to drive far.

A quarry lake is also in the middle of the park. This park also has an observatory that is open to the public for monthly viewings.

One of the downfalls of this site for Revolinski is that the campsites aren't the most private. 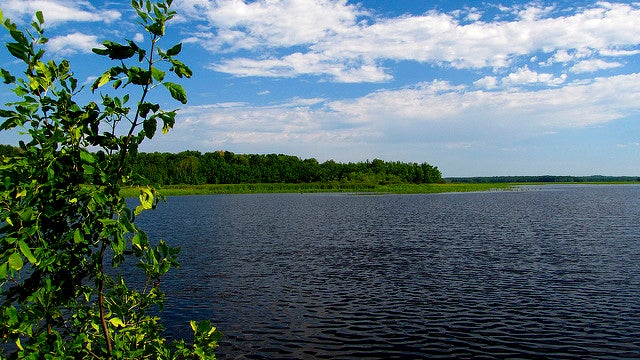 Covering more than 1.5 million acres in northern Wisconsin, the Chequamegon-Nicolet National Forest is an option even on traditionally busy camping weekends, Revolinski said, especially since some of the campgrounds aren't listed clearly on the website, he said.

"If you're willing to go a little bit deeper into the forest, you know you'll always have a campsite on the busy weekends," he said.

The national forest is great for camping, hiking with kids, and is a scenic park to watch wildlife migrate. The park also has an interactive visitor's center, the Northern Great Lakes Visitor Center, for people of all ages.

The Namekagon and St. Croix rivers offer sites along which to camp for free. You can pack up your gear in canoes and paddle downstream until you find a site to pitch your tent.

Some other options for river camping including the upper and lower Wisconsin River, which is popular for sandbar camping.

Outfitters can help shuttle you back to your car and set you up with necessary equipment.