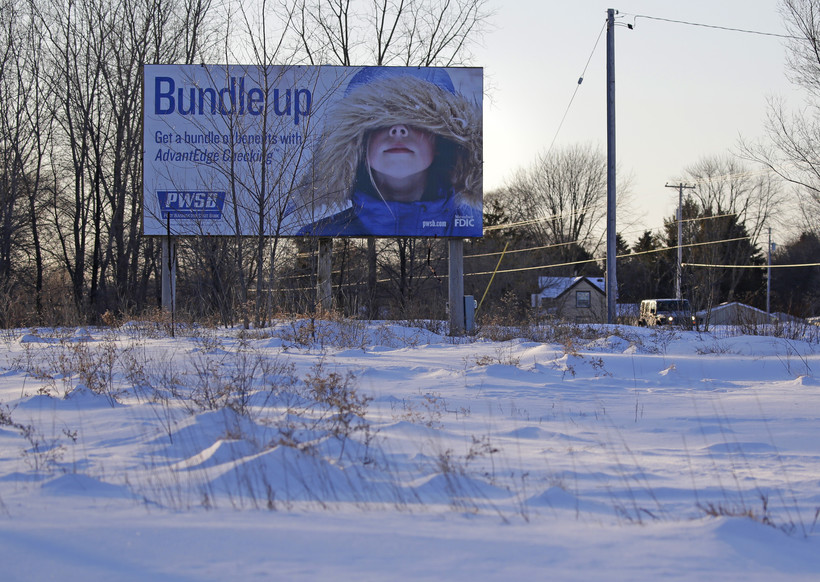 Another day of dangerously cold weather is closing hundreds of schools, businesses, shopping centers and government offices in Wisconsin and elsewhere .

Two of the largest school districts in the state, Milwaukee and Madison, canceled classes again on Thursday when morning temperatures hovered in the minus 20 degree range.

Wind Chill Warning is still in effect for southern Wisconsin as wind chills drop from the -30s into the -40s Thursday morning. Record breaking lows are also expected Thursday. Light snow moves in for most of the area Thursday afternoon/evening with up to 2” possible. #swiwx pic.twitter.com/1mYQD5CxIM

The severe weather knocked out power to more than 4,000 We Energies customers in southeastern Wisconsin on Thursday, and postponed everything from mail delivery to garbage collection.

United Parcel Service said it has halted deliveries in about 250 zip codes in the Midwest and western New York because of concerns for the safety of those making deliveries in the extreme cold .

UPS Chief Operating Officer Jim Barber told The Associated Press Thursday that most of the routes that won't receive deliveries are in rural areas. He said drivers delivering in cities have a chance to warm up while making deliveries to businesses.

UPS said it stopped deliveries to about 100 zip codes on Wednesday. The U.S. Post Office said there are 42,000 zip codes across the country.

As of Thursday afternoon, the Milwaukee County Medical Examiner's Office said it was investigating the death of a woman found frozen in her unheated apartment.

The medical examiner said the 38-year-old woman was pronounced dead at about 7:30 p.m. Wednesday. Authorities said an investigation revealed the thermostat in her apartment had malfunctioned. An autopsy was scheduled for Thursday.

The National Weather Service issued a wind chill warning through noon Thursday, with temperatures expected to rise significantly over the weekend.

Weather Underground's meteorology director Jeff Masters said places in Michigan and Illinois are expected to be around 50 degrees Fahrenheit by Monday.

He said Thursday that he hasn't before seen a 70-degree shift in temperature during the winter. He said "past record-cold waves have not dissipated this quickly" and that the region seems headed for "spring-like temperatures."

Masters said the polar vortex is "rotating up into Canada" and isn't expected to return in the next couple of weeks.

He said it might return in late February, but if it does, "it won't be as intense."