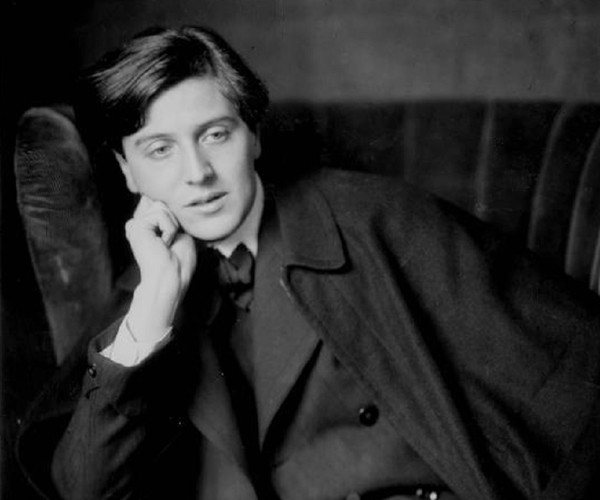 In 1904 nineteen-year-old Alban Berg entered the Austrian civil service as an accountant, keeping tabs on the sale of pigs and the productivity of distilleries, but he was most devoted to classes in music theory taught by the innovative Arnold Schoenberg.

Like Berg, Schoenberg had been forced by poverty to leave school at sixteen to become a bank clerk. Schoenberg had forfeited that job by signing a customer into the account books under the name L. van Beethoven.

When an aunt died and left Berg’s mother a modest inheritance, Berg ended his stint as a government accountant by absolving all farmers in his jurisdiction of their debts and then resigning.

After a few years of concentrated study with Schoenberg, Berg was ready for the concert debut of his first published work, an avant garde piano sonata, and the big event took place in Vienna in 1911, in a program that included works by others connected with the Society for Art and Culture. A Viennese newspaper critic wrote of the event:

The Society against Art and Culture went through its usual exercises Monday evening in Ehrbar Hall. The group’s leaders, lacking talent, imagination, and taste...have identified the director of the Viennese cacophony, Mr. Schoenberg, as their patron and have taken up the cause of his youthful followers...Mr. Berg had written a piece for the piano, presumptuously called Piano Sonata, that shows traces of talent and musicianship. But the joke has stopped being amusing.

It has become apparent that not only the untalented but also the gifted students with uncertain futures are being hauled down a rosy path that can never lead to art or culture. And so only the strongest possible protests are in order to describe the fiasco of Monday evening.

And that was just the beginning. In the twenty-five years to follow, Alban Berg would become increasingly innovative, influential, and notorious.