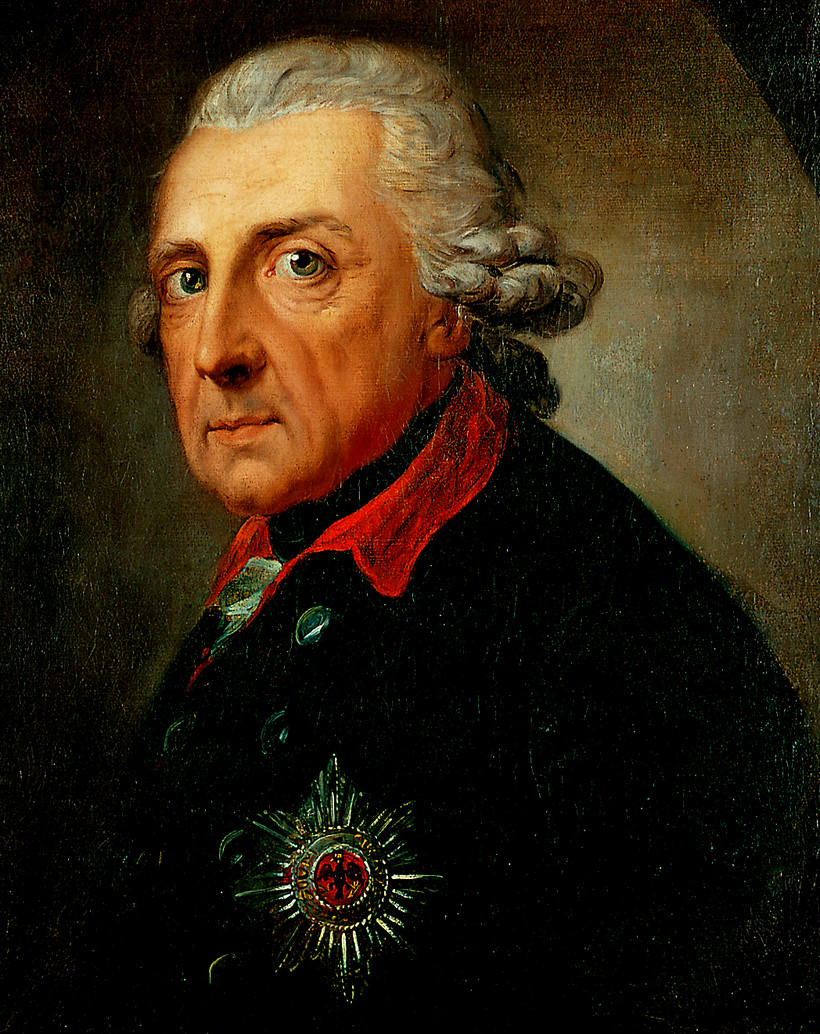 Whether in battle or art, Frederick the Great, King of Prussia, loved all kinds of deception. In 1743 or so, during a lull between wars, Frederick got back to importing talent for his various musical ensembles. One of his potential recruits, something of a quack, was Jaques de Vaucanson, who had given a remarkable demonstration before the Royal Academy of Sciences in Paris.

In 1738 Vancanson presented to the Academy a 78-inch tall wooden shepherd, a replica of a statue called The Marble Faun of Coyfevaux. The main difference between the original and the replica being that the replica could play the transverse flute. It had moveable lips, throat, tongue, and skin-covered fingers driven by a complicated system of levers, pulleys, and bellows. The distinguished Bernard Le Bovier de Fontenelle, secretary of the Academy, certified that Vaucanson's shepherd could play twelve different tunes. Mechanical creatures were in vogue in Europe at the time, but most were considered toys, whereas, Fontcnellc averred that The Flute-Player, as it was also called, "deserved the admiration of the public.'

Some jumped to the logical conclusion that someday a machine might be able to play the flute better than the most accomplished human. Frederick's flute teacher, composer Johann Joachim Quantz, was understandably resistant to the idea. He wrote:

A musical machine could be constructed that could play certain pieces with a speed and precision so remarkable that no human being could match it either with his fingers or his tongue, To be sure, it would amaze you, hut it would never move you.

Frederick was so impressed that when the inventor declined 10 move 10 Berlin, Frederick had a Iäctory built so Ihal he could manufacture them for himself.

As for Vaucanson, he went on to create what would be considered his masterpiece—a mechanical duck that could eat corn from the beholder's hand and digest it with a realism that would convince the eye and overwhelm the nose.